by Dan Eberhart
Comments are off

Using shareholder proposals to demand that energy companies disclose what is already known does nothing to improve the environment. In fact, investment strategies designed to force traditional energy companies to stop drilling will likely have the opposite effect.

The losers will be both the small retail shareholders who are often unaware of the skullduggery being done in their names and the nation as a whole. 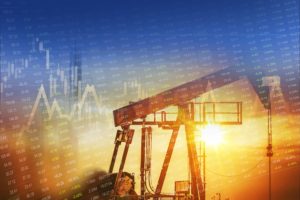 Beyond the obvious economic benefits of America’s energy renaissance, the surge in low-cost natural gas – domestic gas production reached 9.8 trillion cubic feet a day in March – has brought significant market-driven cuts to carbon-dioxide emissions. U.S. carbon emissions have declined in six of the past 10 years, and energy‐related carbon emissions in 2016 were 14% lower than 2005 levels – even while our population and gross domestic product (GDP) have grown.

Access to affordable, reliable and secure supplies of energy is a social good in and of itself. In the United States, the oil and gas industry supports 10.3 million jobs and nearly 8 percent of the economy.

For hundreds of millions of people around the world, regular access to energy is a matter of life and death. Affordable energy is highlighted by the United Nations as “crucial for achieving almost all of the Sustainable Development Goals, from its role in the eradication of poverty through advancements in health, education, water supply and industrialization.”

America’s oil and gas industry has done this better than anyone else thanks to our adherence to free-market principles. Renewable energy is important but there is not enough supply to meet demand or our emission reduction goals. Activist investors would be better off advocating for the development of technological innovations to improve the way we produce and use our vast traditional energy sources – and so would the millions of people around the world who aspire to our standard of living.

The world is not running out of oil or gas anytime soon and we should not be cowed into pretending that it is. We should make every effort to minimize the environmental impact of our vast energy supplies and improve efficiencies in its use, but to say we should abandon oil and gas without an equivalent replacement is shortsighted and ignores the aspirations of millions living in poverty around the world.

The shareholder resolution and proxy process governed by the federal Securities and Exchange Commission are clearly broken. Investors who prioritize ethical and environmental concerns over market returns are hijacking the process in a misguided effort to force oil and gas companies from what they do best – producing the energy we all depend on – and in the process penalizing everyday retail investors.

What is the broader benefit to society of energy supplies that are accessible, abundant and affordable? We may not fully know until our access to those resources is taken away.

This column originally appeared in Forbes.com on June 22, 2018.