When OPEC Meets on Thursday, Will the US be the Turkey? 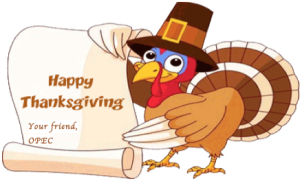 OPEC is not our friend.

And they might just prove that fact later this week, when the Organization of Petroleum Exporting Countries convenes for its regularly scheduled meeting on Thursday in Vienna.

While most Americans will be sitting down to a Thanksgiving feast, OPEC might be serving us a side dish of lower oil prices, a move that could cause surging US shale production to dry up like the day-old bread in Mama’s stuffing.

The cartel’s member countries produce about 40% of the world’s crude oil, and their exports represent about 60% of the total petroleum traded internationally. To quote the Energy Information Administration (EIA)’s immense understatement, “because of this market share, OPEC’s actions can, and do, influence international oil prices.” 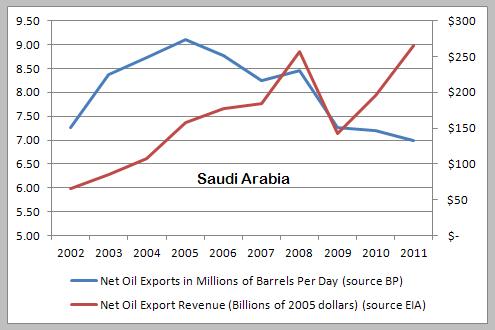 For months, the oligopoly’s member nations have been wrestling with how best to deal with the US oil boom. OPEC is already exporting 44% fewer barrels of oil to the US than it did at the peak in 2008. In order to preserve market share in regions like Asia – which is receiving much of the oil formerly bound for the US – some of the richer OPEC countries (including kingpin Saudi Arabia) have been willing to slash prices.

In the past, the US – as a giant consuming nation – has relied on Saudi to keep OPEC prices in check. But now we have our own huge shale industry to protect. And if global oil prices fall below certain thresholds, it could undermine US output, with some drilling in tight oil plays no longer being seen as economically viable.

The strategic flip side to lower prices is reining in production. If OPEC reduced their production, it would have a stabilizing effect on prices that would allow US shale production to continue its upward trajectory. Incidentally, even some of OPEC’s own members would rather cut back than continue to sell oil at fire-sale prices. In fact, their economies depend on it.

Take Iran, for example. Since the Arab spring, the nation has increased public spending in response to citizens’ outcry. With a state budget that’s highly dependent on oil income and production costs that are higher than average, Iran requires high prices. The country’s energy minister has put out a plea for a production cut that would preserve national revenues from fossil fuels.

Similarly, cash-strapped Nigeria needs a Brent price of $126 to balance its budget. Artificially low OPEC prices are definitely not a good thing for Abuja.

And Venezuela, the world’s 10th largest exporter, is struggling under the weight of crushing debt. In the country’s attempt to fend off default, its foreign reserves reached almost the lowest point in a decade. The nation has implored OPEC to prevent further price declines.

“Venezuela’s oil prices have been high for several years now, and the country is still struggling to pay its debt at those prices,” Russ Dallen, a partner at brokerage firm Caracas Capital Markets, told The Wall Street Journal in October.

Asdrubal Oliveros, head of Caracas-based consulting firm Econanalitica, said Venezuela has few options: “Venezuela can generate as much noise as it wants within OPEC, but it’s Saudi Arabia that calls the shots.”

It’s not simply dredging up ancient history to mention the Arab oil embargo of 1973 as an example of how vindictive OPEC can be.

In retaliation for our military support for Israel, the cartel cut production by almost 10% and withheld direct oil shipments to us in what was an ultimately successful attempt to hammer our economy. Coincidentally, this occurred while US petroleum consumption was soaring, home-grown production was drying up, and our imports were at an all-time high.

In other words, just when we needed OPEC more, they pulled the rug out from under us.

By the end of the embargo in March 1974, the price of oil had risen from $3 per barrel to nearly $12 per barrel. That price shock resulted in a period of dramatic price inflation, making the embargo the first event since the Great Depression to have a persistent economic effect in the US.

But if you think those kinds of machinations belong only to the past, consider that between 2004 and 2008, “oil price shocks and price manipulations by OPEC have cost our economy… about $2 trillion,” according to the US Department of Energy.

So brace yourself for the next course. And come back next week for our analysis of OPEC’s actions.