Removing the Nails in the Coffin of US Manufacturing 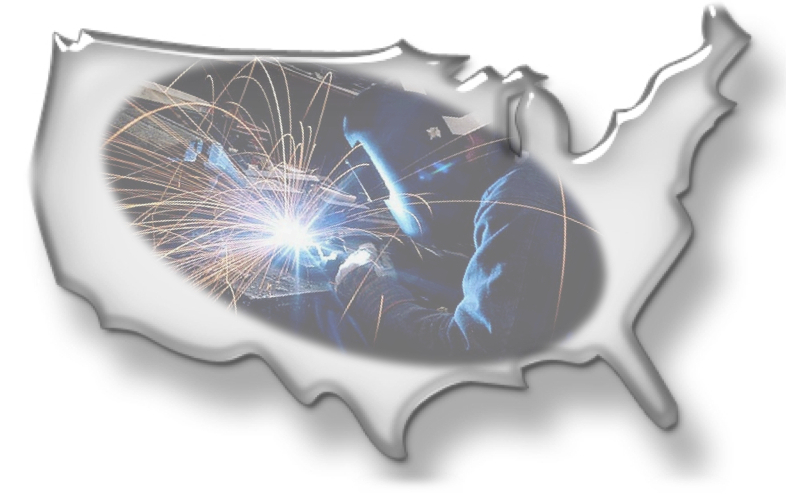 If not exactly a nail in the coffin, the early years of the 21st century dealt a life-threatening blow to US manufacturing. Long a key traded sector in the American economy, industry simply seemed to hit a wall.

Hobbled by overseas outfits that could do the same work with lower labor expenses, American factories began to close left and right. The situation was exacerbated by the US recession that began in 2007 and spread, plague-like, from coast to coast. In the first decade of the 2000s, domestic manufacturing employment shrank from 17.3 million to 11.4 million. In other words, more than one third of the total number of manufacturing jobs disappeared – a figure that represents the worst job loss rate in US history. Yes, even greater than the Depression…

In fact, by 2010, the death knell seemed to be ringing for America’s global manufacturing dominance. That was the year that China surpassed the US as the world’s largest manufacturing nation in terms of output, producing goods worth $1.92 trillion compared to our $1.86 trillion.

But a funny thing happened on the way to the morgue.

The patient stirred to life again. Although it helped that the nation was emerging from its overall economic depths, many experts maintain that American manufacturing was resuscitated by the abundance of cheap natural gas and growing oil production flowing from US shale.

Since 2005, when large-scale unconventional development began in earnest, domestic natural gas prices have fallen by approximately 50%. During that same period, the number of factory jobs in the US has been increasing. Since 2010 alone, the US has regained a net 568,000 factory jobs. The industry now employs almost 12 million workers and is growing employment for the first time since the mid-1990s.

Not only is shale development credited with those gains, the global consulting firm IHS also believes in the sustainability of the connection between the manufacturing sector and shale production. Over the next two decades, IHS sees unconventional energy development as the primary source of job creation in the US – and that one of every eight jobs supported by unconventional oil and gas will be in manufacturing.

Lower natural gas prices as a result of increased volume have been an important factor in the resurgence of American manufacturing. In the past decade, domestic natural gas prices have fallen by approximately 50%. Today, natural gas costs two-thirds less here than it does in China, France, and Germany, and three-quarters less than in Japan.

How does this result in a more robust US manufacturing sector?

Harry Moser of the Reshoring Initiative

Harry Moser, founder and president of the not-for-profit Reshoring Initiative, gave us some striking insight about this in a recent interview. First of all, natural gas is used both directly as a fuel itself and to generate power for industrial applications, primarily as a source for electricity. Moser pointed out that natural gas had already become more important, as old coal plants were being shuttered in response to EPA regulations. But with natural gas prices continuing to fall, energy costs are a shrinking line item on manufacturers’ total operating budgets. This is especially meaningful for energy-intensive industries like steel and glass manufacturing.

So striking are the cost benefits, in fact, that the steel industry is finally pushing forward with the construction of new plants that rely on direct-reduced iron (DRI), a technology that uses gas instead of coal to purify iron ore, the main ingredient in steel. DRI isn’t new – it was minted 30 years ago – but has been waiting in the wings for gas prices to drop to a point where it finally made economic sense to use it.

For one, there’s Nucor, the most valuable US steelmaker. It recently opened a $750 million DRI steel facility in St. James Parish, Louisiana. Other steel companies are likewise jumping on the DRI bandwagon.

And while energy-intensive industries are experiencing the biggest savings, the advantages of lower natural gas prices are being felt across the board, Moser said – although for industries like machining, stamping, and assembly, energy represents only 1-2% of total manufacturing costs.

Second, not only is natural gas used as a fuel, it’s valued as a feedstock for the manufacturing of a number of chemicals and products, including plastic, fertilizer, anti-freeze, and fabrics. Higher natural gas volume and lower prices are reversing a nearly 10-year trend, when historically high natural gas prices led to an overseas exodus of industrial and manufacturing users–especially petrochemical companies–that depend on gas as a feedstock. Today, the US petrochemical industry has a significant competitive edge over their European and Asian counterparts, who are paying up to 50% more.

As an example of the sea change that lower natural gas prices has created, Shell Chemical in March signed a site option to construct a petrochemical complex with a “world-scale” ethane cracker in Potter and Center townships of Beaver County, Pennsylvania. The company released a statement saying the complex included a steam cracker to turn ethane produced from the Marcellus shale play into ethylene and other petrochemical building blocks. In addition to the cracker, Shell is “also considering polyethylene and monoethylene glycol units to help meet increasing demands in the North American market.” Much of the polyethylene and monoethylene glycol production will be used by industries in the Northeast.

But Shell isn’t the only manufacturer taking advantage of cheap gas supplies. In 2013 alone, 19 major companies that rely on natural gas in one way or another – including such big names as US Steel, Alcoa, and ArcelorMittal – announced plans to expand existing facilities or build new plants.

Unconventional energy – both natural gas and oil – provides a shot in the US manufacturing arm. Simply put, it takes a lot of steel, pipe, and other materials to explore and tap into resource plays, and then transport the product after it’s out of the ground. In 2011 and 2012, demand for new pipelines and mining equipment ignited the nation’s steel, iron, fabricated metals, and machinery manufacturing.

And the flame is still burning brightly. Projections call for those sectors to continue to outperform the total manufacturing index average growth rate through 2025. In fact, David Ginther, manager of Waddell & Reed’s Ivy Global Natural Resources Fund, told Forbes that, to handle an expected doubling of domestic crude production over the next few years, the nation’s oil infrastructure must be expanded at least 70%.

The Ohio steel industry appears to be benefitting already from this largesse.

Steel makers across the state are racing to keep pace with plans of adding two million square feet of production space at a cost of $1.5 billion.

“The need for specialty steel, much of it for oil and natural gas producers, is high in the United States and around the world,” said Salvatore J. Miraglia Jr., a group president at Timken Company, a Houston-based a global steel and bearing manufacturer and supplier.

This need is so high that, within three years, Timken’s mill in Canton has gone from operating just four days during the month of May 2009 to operating around the clock and adding a $200 million, 83,000-square-foot facility to keep up with soaring demand.

US Steel, which found itself on a bankruptcy watch list in 2010, has also been revived. In 2011, it opened a $100 million, 325,000-square-foot mill at its Lorain plant near Cleveland to manufacture steel pipe for the drilling industry. And by 2013, the company was already considering an expansion there so it could mill the larger size pipe being increasingly used in shale drilling.

Railcar Manufacturers’ Profits Healthier Than Ever

While America’s steel industry works overtime to furnish the building-blocks of oil and gas infrastructure, product has to move somehow. With oil production up 30% since its 2008 low, more and more crude is being transported by rail.

Currently, crude-by-rail volumes are approximately 500,000 to 600,000 barrels per day. Considering that the US is producing upwards of 7.0 million barrels per day, the potential for growth in the railroad sector – and for companies that make tank cars – is significant.

“The traffic has grown significantly, from probably 50,000 carloads a year in 2010 to over 700,000 in 2013,” predicted Toby Kolstad, president of the consulting firm Rail Theory Forecasts. “It probably will rise above a million carloads a year in the next year or two.”

Tank cars are specialized rail cars designed to haul liquefied freight. Only a small group of companies manufacture tank cars, and these businesses can’t seem to catch up with the demand spurred on by the increased oil and gas output. Take Trinity Industries, the nation’s biggest rail car manufacturer. In the third quarter 2013, Trinity reported record quarterly earnings per share – a 58% increase from a year earlier. Orders for 5,610 cars in that quarter alone brought the company’s backlog of cars on order to 40,050, at a value of $5.1 billion. Competing American Railcar Industries also reported surging revenue and a growing backlog.

As a result of our improved economy and a manufacturing renaissance built on oil and gas, American businesses have announced plans for $100 billion in new factories. That figure is so compelling that President Obama’s State of the Union address pledged cutting red tape to help those facilities get built.

In addition to these substantial investments, there’s a significant reshoring movement afoot that’s adding more potential to US manufacturing. According to Boston Consulting Group (BCG), more than half of US companies with $1 billion+ revenues that operate in China are considering moving all or part of their production back home.

Moser’s not-for-profit Reshoring Initiative aims to “return manufacturing home.” He estimates that about 150 companies have “reshored,” or moved positions from overseas to the US, since 2010. This has contributed about 80,000 jobs – or 15% of the total manufacturing jobs added.

“Natural gas is an accepted and proven advantage,” Moser told us. “It’s having a real and sizable impact. When manufacturers are considering sites for their facilities, they want to tick off energy with stable availability and low price.”

With falling energy prices falling making US manufacturing cheaper, it’s no surprise that enterprises from around the world are looking to get in on the opportunity, too. As a result, the US is becoming more attractive as an investment destination for foreign companies.

As BCG partner Justin Rose put it, “A number of industries are already nearing a tipping point where it will be more economical to make many goods in the US. The energy advantage helps them reach that tipping point faster.”

Some big players are among the European companies moving manufacturing to the US. One is the German engineering and electronics conglomerate Siemens AG. Another, Austria-based steelmaker Voestalpine AG, is investing more than $760 million in a Texas plant. Still mulling its options is the world’s largest chemical company, German-based BASF, which is considering building a $1.4 billion plant in the US to convert natural gas into propylene.

Other widely publicized projects include:

Perhaps Congress’ blog, The Hill, has offered the best prognosis for manufacturing: “Thanks to advances in drilling and fracturing technologies, access to vast natural gas reserves newly recoverable from shale gives United States suppliers a huge competitive advantage: gas prices in this country running roughly one-half to one-third of prices in Europe and Asia. This large disparity gives US producers incentive to serve markets abroad while continuing to fuel business here at home.”

Or, as Moser put it: “It’s a good time to be in manufacturing.” 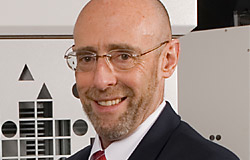 With more than 45 years of manufacturing experience, Harry Moser is a leading industry spokesman for reshoring and for developing the skilled manufacturing workforce required by reshoring. In addition to his work with the Reshoring Initiative, he has participated in President Obama’s 2012 Insourcing Forum and testified at a Congressional hearing on reshoring and manufacturing. He has been featured in The Wall Street Journal, USA Today, and Bloomberg Businessweek. He was inducted into the 2010 Industry Week Manufacturing Hall of Fame and named Quality Magazine’s 2012 Quality Professional of the Year.
Link