What would the future look like without the crude oil export ban? We spoke with three noted economists who shared their predictions about how lifting the ban would affect consumers, the US economy, and global security – and who might be standing in the way.

Canary: For some historical background: When and why was the export ban first implemented?

Tunstall: It was a result of the Arab Oil Embargo to the US. It was meant to ensure that domestically produced crude oil was used and processed here in the US as a way to augment the shortage from Saudi Arabia and OPEC. For decades, the law didn’t really matter because the US was increasingly importing more and more crude oil because we just weren’t producing as much.

The wild card was the introduction of these unconventional techniques employing horizontal drilling and hydraulic fracturing in tandem that enabled exploration and production companies to go directly into the source rock as opposed to looking for the soft pools of oil and gas that had seeped out. If we hadn’t discovered these new techniques to increase production, the oil export ban really wouldn’t matter. But it is starting to matter now.

Canary: When the ban was initiated in the 1970’s, would you say that it was kind of a knee-jerk response?

Hallermann: It was almost a statement response: when you do something unnecessary but for the purpose of making a statement. Because of the fact that we were importing, we had oil embargoes, we had issues of whether or not we had enough gasoline, we said: to make sure that we at least keep ourselves in a situation where we have as much gasoline as possible, we’re never allowed to export or sell any crude oil outside the US. We want it all for ourselves. It was strategic.

The ban on oil exports is actually causing refineries to not operate as efficiently as they could worldwide, and it means that the entire world is paying higher prices for refined products than they otherwise would have to.

Canary: The US imposed the crude oil export ban upon itself. With all the positive developments going on, could this circumvent any advantages or benefits that the nation could realize from this situation?

Brown: I think so. The ban actually originated many years ago when oil was being developed in Alaska. The idea behind the ban is that the environmental groups were saying “All this oil is just going to go to Japan, so we’re going to have all these environmental costs and no benefit.” A political deal was struck so that the oil from Alaska wouldn’t go to Japan. The deal was that the US basically wouldn’t export oil. It didn’t seem like that big a deal, although it did result in surpluses in oil on the West Coast for a number of years.

It probably would have been more efficient to ship the oil from Alaska to Japan and then import oil from the Middle East to the East Coast, but that’s less of an issue now than it was. What’s happened now is that we now have a lot of light crude oil that’s being produced in the Northern Plains, particularly in North Dakota and Montana. There’s also quite a lot of oil available in Canada that supplies the same area of the US. That oil is actually selling at prices that are below the comparable prices in other parts of the US. That oil is also a very light oil, and this is where I think things can get a little bit complicated.

With light oil, you get more gasoline and more diesel fuel and more home heating oil, the things that people really want to use the most. The US uses a lot of light products, so the US refineries developed technology to take heavy oil and crack it to make light products. If you look at this light oil that’s trapped in the upper Midwest, it’s having a difficult time finding a market in the US. It would improve the efficiency of refineries worldwide to let that oil leave the US and have more heavy oil be imported from other countries. The result of that is that the ban on oil exports is actually causing refineries to not operate as efficiently as they could worldwide, and it means that the entire world is paying higher prices for refined products than they otherwise would have to.

Tunstall: The other thing is that, since we can’t export it – except to Canada with a special license – if for some reason we overwhelm the capacity to refine that crude oil, we’ll just have to store it. And with an excess of supply like that, it’s probably going to push the price down for West Texas Intermediate. That’s already one reason why we’ve seen differentials between WTI and Brent crude prices. The Brent crude can get to market to the refineries pretty much unimpeded. With the WTI, the oil produced here in the US has to be processed in US refineries.

Of course, the US can export refined products without restriction. Even natural gas can be exported to countries we have a Free Trade Agreement with. So it’s really just crude oil. Even there, you see condensate splitters (sort of a subset of full-blown refineries) being put in place to process condensate, and after that’s done, that qualifies as a refined product.

So we’re sort of chipping away at the restrictions because of new technologies and this unexpected increase in light crude oil.

Canary: Obviously, a lot has changed in the energy economy since the US imposed the ban upon itself because of international situations 40 years ago. What’s your feeling about the ban? Do you advocate that it should be lifted?

Hallermann: I’m a proponent for having it lifted. If you go back 40 years during the 1970s, there was a dramatic shortage of gasoline in the US. When the ban was put in place, it was almost a political response that really had no impact in the sense that we were importing crude oil to refine.

Now you fast-forward 40 years, and we’re the #1 producer of natural gas in the world. We’re drilling and recovering incredible amounts of crude oil, compared to where we were even five years ago. And we’re going from being a net importer of crude oil to effectively a net exporter when we have excess. So the reason for that law is completely different now. It’s totally changed. And so I generally speaking, I’m in favor of repealing the law.

Tunstall: It appears to be economically inefficient and increasingly arbitrary to have [this ban]. We export refined products essentially without restriction, we export natural gas to a large extent, so why aren’t we considering exporting oil?

By the time you get to the next President in 2016, the repeal of the US crude oil export will get passed. It has to. There will be too much pressure not to allow that to be passed.

Canary: As far as the government and policy, what is needed to erase this ban on crude oil exports – and what is the government doing?
Tunstall: There are proposals in Congress. Certainly a lot of the delegations from oil-producing states are in favor of lifting the ban: Alaska, Texas, North Dakota. Then Ed Markey of Massachusetts has weighed in against lifting the ban, and some refineries are, too, because they like the ability to buy comparatively low-cost oil because the prices are somewhat depressed because they can’t be exported. So there are different factions, and it’s not at all clear whether the ban will ultimately be lifted or not. It’ll be discussed and debated in Congress over the next few years, but we’ll just have to see. I’ll sometimes make predictions about oil and gas production or prices, but I’m very reluctant to make predictions about what Congress might do.

Hallermann: I believe that everything is hinged to 2014: what happens with the Senate. My personal view is that if we have a Senate where Harry Reid remains in control, not much will happen. Things will stay pretty much the way they are. I don’t see us changing this law.

If we have a change in the Senate, I think two things will happen: 1) we’re going to see more attempts for the Keystone XL Pipeline to be passed. We’ll also see the ability for crude and natural to be exported. Or it’s going to be a fight where the President will have to veto the bill and I expect it would pass again in the Senate and the House.

By the time you get to the next President in 2016, then I think it’ll get passed. I think it has to. There will be too much pressure not to allow that to be passed.

Canary: If the repeal does happen, will it be a game-changer, globally speaking?
Brown: It will do a couple of things. It will make refinery operations a lot more efficient throughout the world, particularly in the Western Hemisphere. And it will slightly reduce gasoline prices for just about everybody in the world, particularly in the Western Hemisphere. If there’s any effect on the US economy, it would be favorable, but it would be very slight.

Canary: It seems like a smart economic move to lift the export ban, but I understand that there are some opposing views. Why is that, and what’s your response to the opposing views?
Tunstall: It gets back to the issue of energy security. Some people believe that, from an energy security standpoint, we are better off not exporting crude oil. Then you also have some groups and companies that argue we should not export unrefined, unprocessed products (essentially raw materials) – we should do some value-added processing to them, which supports jobs and lets us export higher-value products like diesel and jet fuel and gasoline.

One of the problems with that is that if we could instantly build refineries, that might be a way to address the issue. But the reality is that I don’t think a NEW refinery has been built in the US since 1976 because of the onerous regulatory hurdles that have to be overcome. Instead what’s happened is that existing refineries have expanded. But the ones on the Gulf Coast were designed for the heavier crudes – to repurpose them for the lighter crudes is a fairly substantial investment and takes years to complete.

I don’t know that the argument against export fully appreciates some of those issues.

Brown: I would say that the principle opposing view – which I think is just wrong – is that product prices will go up if our cheap oil leaves the US.

The second one – which I have some sympathy for but still don’t agree with – is the idea that it reduces our national security to ship our oil out and bring in oil from other countries. The fact is that we’re in a global oil market – even if we don’t import oil from an unstable country like Venezuela, all the prices of oil are going to move in concert with any movements created by a disruption of production from Venezuela. I have more sympathy with it being a security issue, but I think it’s misinformed. 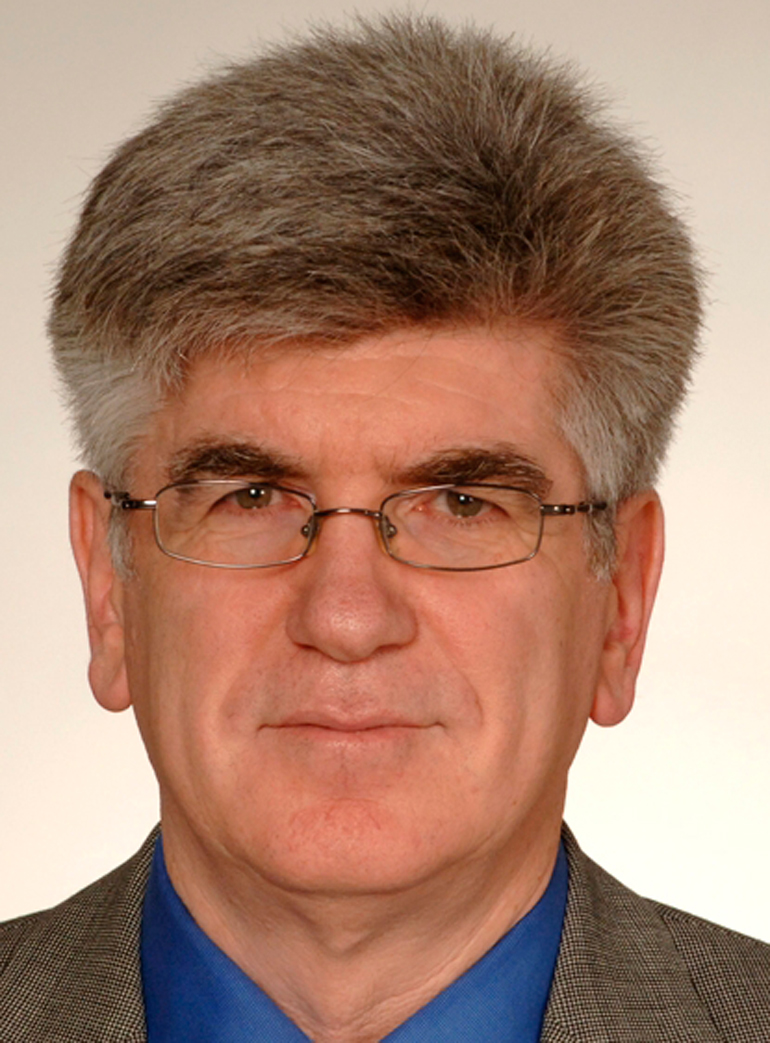 Stephen Brown is a Visiting Fellow at Resources for the Future. He also serves as Director of the Center for Business and Economic Research at Lee Business School of the University of Nevada.

Petroleum engineer Detlef Hallermann is a Professor of Finance at Texas A&M University’s Mays Business School. He is the Director of the Reliant Energy Securities & Commodities Trading Center. He also serves as the Director of the Trading, Risk and Investments Program. 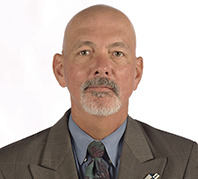 Thomas Tunstall is the Research Director for the Institute for Economic Development at The University of Texas at San Antonio.