by Dan Eberhart
2015 State of the Union Address, Barack Obama, US tax code proposals
Comments are off 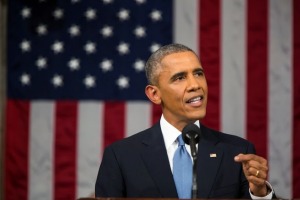 It’s been a month now since the President’s 2015 State of the Union address. In the days since, I’ve been considering the speech from the standpoint of an independent business owner – and I can’t say that I’m comforted.

Perhaps the most alarming take-away from this year’s “SOTU” was President Obama’s mention of changes to the tax code. The President’s speech couched these changes under the guise that raising taxes on capital gains and eliminating breaks for the wealthy will finance middle class education, family, and retirement benefits: “As Americans, we don’t mind paying our fair share of taxes, as long as everybody else does, too. But for far too long, lobbyists have rigged the tax code with loopholes that let some corporations pay nothing while others pay full freight. They’ve riddled it with giveaways the superrich don’t need, denying a break to middle class families who do… Let’s close the loopholes that lead to inequality by allowing the top 1% to avoid paying taxes on their accumulated wealth. We can use that money to help more families pay for childcare and send their kids to college.”

In reality, though, raising tax rates on investment income would actually harm economic growth among the middle class – across the nation.

The tax implications of these proposed changes could have detrimental outcomes by discouraging business investment, obstructing savings, hurting workers’ incomes, and jeopardizing job growth. The nonpartisan Congressional Budget Office warned us back in 2013 that raising capital gains rates would reduce incentives to invest in businesses because of a lower after-tax return on investments. These higher rates will also hamper the productivity of our businesses, having less capital to invest in necessary machinery or software upgrades.

The SOTU implied yet another bump in our capital gains tax rate, which would even be detrimental to the competitiveness of US businesses. As it is, our country already has the highest statutory corporate tax rate in the developed world. Organizations looking for higher returns will end up choosing corporate investments in countries with lower capital gains tax rates. 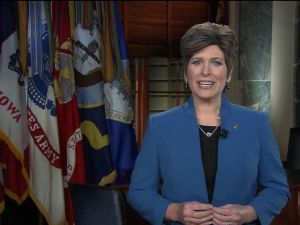 The only bright spot to the event was watching Iowa Senator Joni Ernst provide the Republican Response. The recent midterm elections sent a message to Washington, and Ernst’s election and her response on behalf of her party was a prime example of the bipartisan effort needed to move our nation forward.

“We heard the message you sent in November — loud and clear. And now we’re getting to work to change the direction Washington has been taking our country,” Ernst stated. “Let’s iron out loopholes to lower rates — and create jobs, not pay for more government spending. The President has already expressed some support for these kinds of ideas. We’re calling on him now to cooperate to pass them.”

Right on! Let’s move away from this “dead on arrival” rhetoric and knee-jerk veto response. How about focusing on advancing the nation’s economy rather than making partisan gains? Why not work with Congress on reforms that bolster our country’s small businesses and ensure our global competitiveness, instead of parlaying the remainder of the President’s term into a series of surrogate campaign events for the next Democratic candidates?