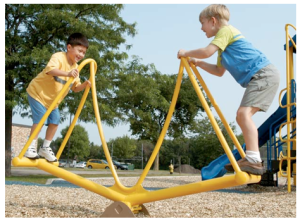 If the world were a playground, energy demand might be the seesaw, with each nation trying to achieve a balance between its people’s needs and its own ability to produce or import petroleum resources.

For the decades that the US was the world’s largest energy consumer – a consumer largely dependent on imported oil – it might have seemed that we were hogging the playground equipment.  But now, with the US cutting its imports, the big oil producers have little choice but to start playing more with other nations.  China, India, Japan, and the 10 countries that comprise the Association of Southeast Asian Nations (ASEAN) are pushing their way to the front of the line.

Playing Well with Others

While energy self-sufficiency is increasing in the US and other Western nations, most of Asia is experiencing quite the opposite:  The region’s energy demand is growing exponentially, just as production from domestic oil and natural gas resources has fallen off significantly.  Can they keep up the good sportsmanship? 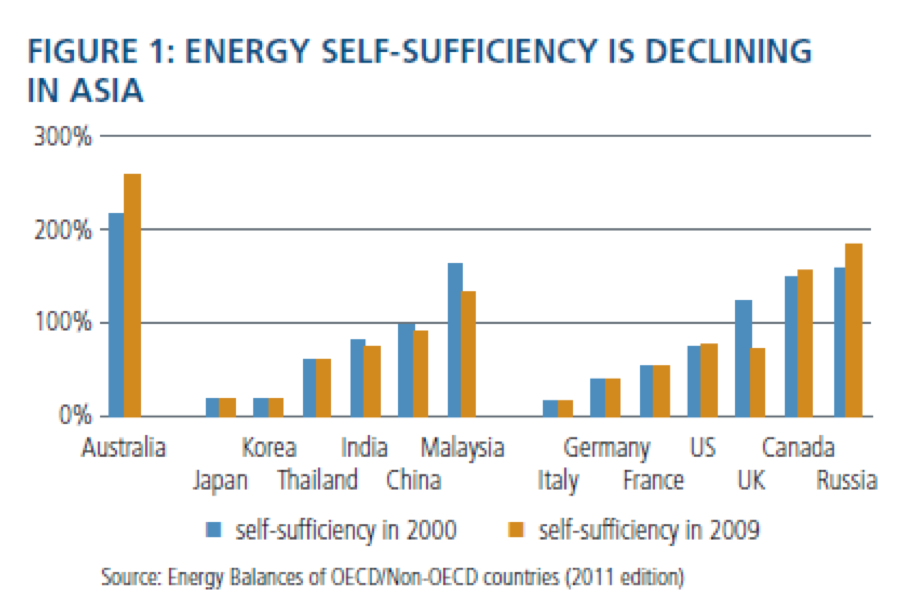 Japan, Korea, and Thailand come closest to maintaining their seesaw equilibrium since 2000; India, China, and Malaysia are losing ground. (Australia, ever the outlier, has gained in terms of energy self-sufficiency.)

In fact, China recently surpassed the US in the energy consumption game.  In 2012, it became the world’s leading energy consumer AND oil importer.  The nation is on a path to consume 13 million barrels a day by 2035, 80% of which will be imported.

Read our related post, “China: Like a Bull in the Energy Market,” for more on China’s gaining influence.

India to Rule the Playground

But the game is getting even more interesting.  “The big kid” China faces some very real competition from a much smaller playmate:  India.

Although China currently stands at the head of the line, India now appears poised to cut in front within the next two decades.  Both the International Energy Agency (IEA) and the influential Energy Outlook published by oil giant BP agree:  India is likely to surpass China as the largest source of energy demand growth in the world by 2035.  As the IEA put it, “ The shifting geography of demand is further underlined by India becoming the largest single source of global oil demand growth after 2020. India’s energy demand will double by 2035 on back of economic growth and rise in population.”  The Agency predicts that India’s energy demand will grow by 132%, compared to China and Brazil’s energy demands rising by 71% each and Russia’s by 20%.  To put the percentages into perspective, by 2035, India’s oil consumption will exceed the current consumption of Japan, Korea, and Australia put together. 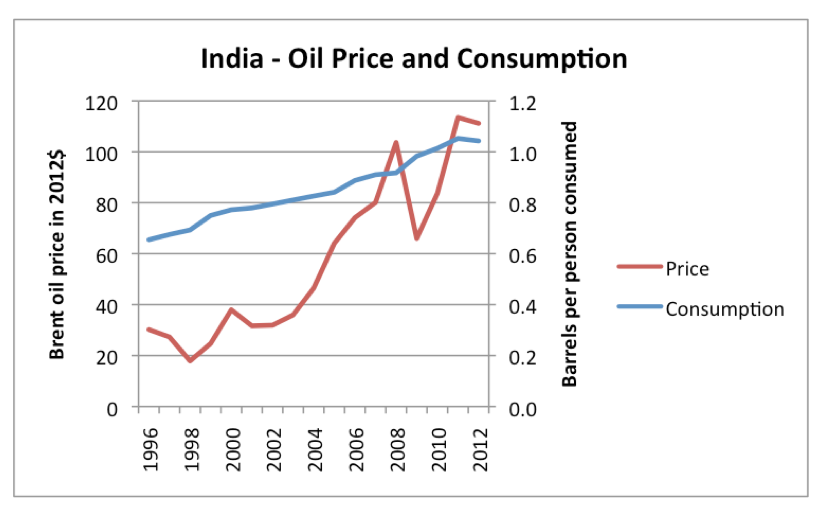 India currently imports about 75% of its current oil needs.  As energy demand swells, where will India look for resources?

Given the long history of alliance between India and Russia (which predates the fall of the Soviet Union), a relationship that India’s Foreign Secretary Ranjan Mathai calls, “special and privileged,” it’s not terribly surprising that Russia’s Rosneft – the world’s top listed oil producer by output – is positioning itself to fill India’s energy needs.  The state-owned company, which is looking to diversify away from Europe by increasing oil flows to Asia, has hinted broadly that it may join forces with Indian state-run Oil and Gas Corp. Ltd. to supply oil to India over the long term.  Rosneft has also confirmed discussions with two other Indian energy companies, Reliance Industries, Ltd. and Indian Oil Corp. Ltd.

But in what may be a classic case of “where there’s a will, there’s still no way,” Russia faces a pretty significant obstacle in reaching the Indian market:  the lack of infrastructure.

Because India hasn’t imported crude oil from Russia on a regular basis, there’s no set infrastructure for supplying Russian oil to India.  It’s possible that Rosneft could ship Russian oil to India from the oil port of Kozmino in the Russian Far East via the ESPO pipeline, or could send it from the Novorossiysk port on the Black Sea.  But using ESPO isn’t cheap:  As one of Russia’s most expensive infrastructure projects, it charges a premium for supply.  Transporting oil from Russia to India overland is another alternative, with one route going (grab your GPS) from Russia to Kazakhstan to Uzbekistan, then paralleling the Turkmenistan, Afghanistan, Pakistan, and India (TAPI) pipeline.  That option poses significant technical and political complications, as well as a hefty price tag.

Who else is in the pipeline to supply India’s oil needs?

Before the 2012 global sanctions against Iran, that nation was the second-largest provider of crude oil to India.  India was its third-largest customer, after China and Japan.  Iran sent between 350,000 and 400,000 barrels per day to India, which represented about 16% of its total requirement.  Now that the sanctions have been partially eased, India and Iran have resumed their relationship.  According to Iranian officials, India owes Tehran nearly $5.3 billion for its oil imports.

And then there’s the US.  In addition to buying increasing quantities of oil, India is a huge consumer of natural gas, much of which is used as feedstock for the nation’s fertilizer industry.  While Russia’s Gazprom is jockeying for a piece of the Indian natural gas market, the US shale revolution has increased our importance in India’s energy security calculus.  In December 2012, GAIL India, Ltd. (the country’s largest gas supplier) became the first Asian buyer of US natural gas.  The 20-year deal GAIL inked with Houston-based Cheniere Energy Partners LP is targeting 3.5 million tons a year starting in 2017.

Japan Looks to up the Ante

Meanwhile, over in the Pacific, the energy game has had a different focus until recently.

Japan relies on imports for almost 85% of its energy needs.  To solve this, it made a go at nuclear energy – and rather successfully for a time.  Its first commercial nuclear power reactor began operating way back in 1966, and its government made nuclear energy a national strategic priority in 1973 as a reaction to the OPEC oil embargo.  In 2010, some 50 nuclear power plants generated 30% of the nation’s electrical power.  But the March 2011 Fukushima nuclear meltdown caused a shift in public sentiment so dramatic that widespread public protests demanded the abandonment of nuclear power.

Even before the Fukushima disaster throttled its ability to rely on nuclear power, Japan was already the world’s largest importer of natural gas.  Since Fukushima, Japan has turned to fuel oil to generate electricity, and the nation is currently guzzling about 4.45 barrels per day.  Japan is also a huge user of liquid natural gas (LNG)—consuming about a third of the world’s LNG – and has increased LNG imports by more than 30% since 2012.  According to projections by the Institute of Energy Economics Japan, imports are likely to rise to around 88 million tons this year and around 90 million tons during the first three months of 2015, when 16 nuclear reactors are expected to be back on line. But opinion polls show that a majority of Japanese want to end reliance on atomic power and oppose re-starts.

This all makes Japan as eager as India to snag cheaper American shale gas – so much so that the Japanese trading company Sumitomo Corporation and its US affiliate Pacific Summit Energy have agreed to help foot the almost $4 billion bill to convert a Cove Point, MD, facility into a natural gas export terminal.  The ultimate plan is to sell the exported gas to Tokyo Gas and Kansai Electric Power.

But America’s not the only energy ally in Japan’s corner, and LNG isn’t their only target. Japanese companies also have equity stakes in oilfield developments in no fewer than 21 nations in North America, South America, the Middle East, Europe, Africa, and Asia Pacific.

Nothing so crippling as a nuclear meltdown is behind the growing reliance on imported energy in the 10 nations that are known together as the ASEAN countries.  Also known as Southeast Asia, ASEAN encompasses Brunei Darussalam, Cambodia, Indonesia, Lao PDR, Malaysia, Myanmar, Philippines, Singapore, Thailand, and Vietnam.

Instead, growing import reliance is tied to rising energy use, increasing population, and state subsidies for fuels, coupled with the maturing of the region’s oil fields and limited new prospects (only Brunei Darussalam and Malaysia remain as net oil exporters).  Energy demand in Southeast Asia has expanded by two-and-a-half times since 1990, the world’s fastest growth rate.

Economic and demographic trends point to further ASEAN expansion.  Although the region’s per-capita energy use is low, the IEA projects that, by 2035, Southeast Asia will become the world’s fourth-largest oil importer – behind China, India, and the European Union – and that its oil import dependency will double to 75%.  Eight of the 10 ASEAN countries depend on imported crude, ranging from small-time buyer Laos, which in 2010 only imported 500 kilo-tons of oil equivalent (Ktoe) to major players Thailand (imported 29,952 Ktoe in 2010) and Singapore (imported 61,356 Ktoe in 2010).  On the other hand, the region is fairly rich in natural gas – currently, only Thailand and Singapore import LNG.

According to consultants Wood Mackenzie, Southeast Asia holds nearly 61 billion barrel of oil equivalent (boe) in commercial and technical oil and gas reserves, while total yet-to-find volume is estimated at 14.6 billion boe.  The bulk of the region’s recoverable gas reserves are located in Indonesia, Malaysia, and Mayanmar.  Malaysia, in fact, has halted declining hydrocarbon production through a combination of creative contracts to encourage development of marginal fields, enhanced oil recovery techniques to pump more out of aging fields, and floating liquefaction technology to monetize stranded gas fields.  In 2012 alone, the country made 24 new discoveries.  Malaysia is targeting production growth of 5% per year to 2020, enabling it to meet domestic growth while continuing to export hydrocarbons.  Vietnam, which has the region’s highest yet-to-find liquids volume, is also trying to reverse its declining oil production trend, accelerating production in offshore areas typically in partnership with international oil companies. 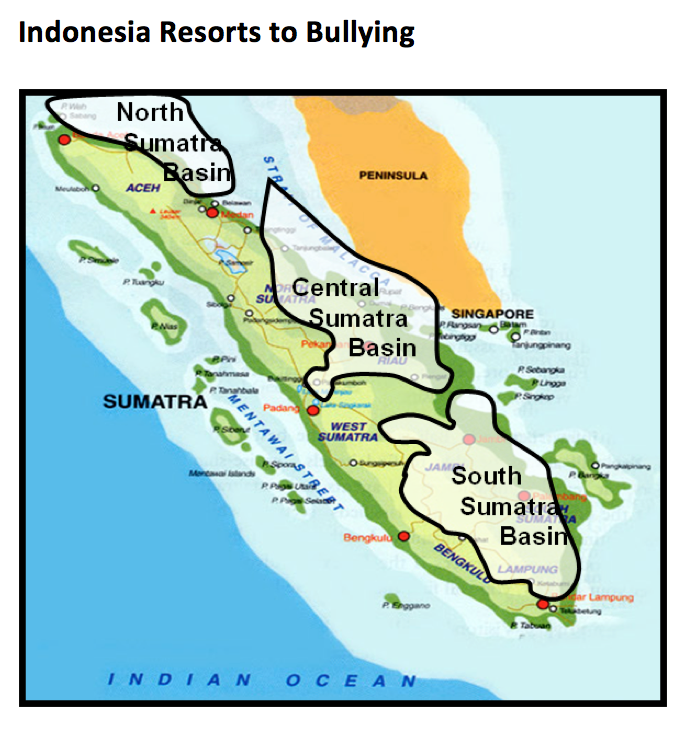 The ASEAN region’s most populous area, Indonesia, is already its top oil importer, despite considerable oil and gas resources.  The problem is that Indonesia’s traditional oil and gas producing basins – Sumatra, Java and East Kalimantan – are well-explored and mature.  Although Indonesia is believed to hold about 3.67 billion boe of yet-to-find reserves in the eastern basins, both onshore and offshore, the country is projected to be importing 90% of the oil it needs by 2030 and tripling the amount it spends on net imports to nearly $70 billion by 2035.

Now, you’d think that those stats would be alluring to exporters and international operators who might be interested in coaxing more production from Indonesia’s tired oil fields.  But Jakarta’s been a bit of a bully lately, and its action may turn off most foreigners.

Just how rough does Indonesia play?  First, the state-owned oil firm Pertamina is pushing to take over the production-sharing contracts of foreign firms, which doesn’t exactly sit well with those companies whose deals are nearing expiration.  But even more startling were two incidents involving US companies.  Last February, Indonesia refused to extend the work permit for the country manager for ExxonMobil, calling for his successor to be more “flexible” in negotiations with officials.  And a few months later, a Jakarta court sentenced to prison three executives from Chevron in a dispute over environmental cleanup.

So although Indonesia has announced 13 new oil and gas projects are expected to start production in 2014, and the Indonesian government has vowed to “pull out all the stops” when it comes to increasing production by offering new exploration rights and favorable tax treatment and encouraging the development of enhanced production from existing wells, Jakarta has to hope that foreign companies working in the nation’s oil sector won’t decide to simply take their ball and go home.