Extra! Extra! Read All About Lifting the US Crude Export Ban

Over the past several months, many great minds have debated the economic impact of lifting the crude export ban. Here are some of major findings from five different studies, each conducted by a separate organization. While they all have their individual focuses and conclusions, the overarching messaging is consistent: Rescinding the ban would be a socioeconomic boon to the nation. 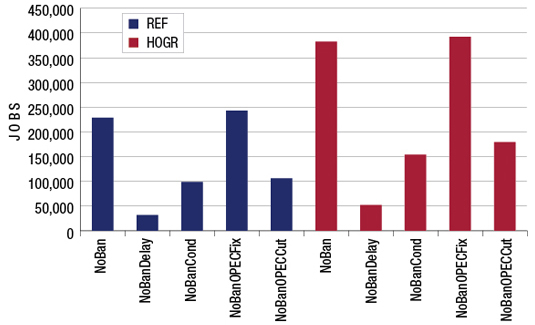 Brookings determined average annual reduction in unemployment across all scenarios (2015 – 2020). REF is the reference case, and HOGR is the the high oil and gas resource case.