With Oil Pricing, All the World’s a Bathtub 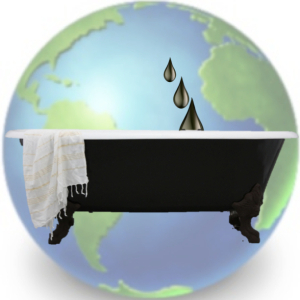 To William Nordhouse, the world is like a bathtub.

The Yale University economics professor isn’t suggesting that our planet is awash in luxurious bubbles or afloat among rubber ducks. Instead, he uses the bathtub analogy to help people understand the integrated nature of the world oil market and how it influences oil pricing by the barrel.

We’re conditioned to believe that the more there is of something, the less it sells for. That’s sort of a basic Econ 101 concept, right? That would lead us to expect that, as the US produces more oil from shale developments, the global price of oil will go down.

Not so fast, says Nordhouse. Here’s one place where the customary logic doesn’t always hold water.

It doesn’t matter whether the faucets and drains are labeled US, Russia, or Denmark, Nordhouse told an audience at the International Energy Workshop in 2009. The price and quantity of oil in the world market is determined by the sum of demands and supplies and the level of total inventory, he said.

In other words: Although the unconventional oil the US is extracting may lessen our dependence on potentially hostile or unreliable sources, it doesn’t provide the US with independence from “one world” energy prices. What’s more, our extra oil is just a drop in the proverbial tub when it comes to affecting world pricing. As our home-grown oil supplies grow, the imported oil we no longer need is either being reallocated to another consumer or is used to offset decreased volumes from another producer (like OPEC member Angola, whose production declined in July).

Because there was little production growth outside of the US during 2012, the oil the US added to the collective bathtub actually served just to keep worldwide oil prices stable.

While it may seem counterintuitive, the fact is that the US actually needs high global oil prices to keep production rising.

How’s that, you ask?

Obviously, it costs a certain amount to extract oil from the ground, whether the resources are located in shale or conventional plays. But the price of getting oil out of those tight shale plays is considerably higher than in conventional developments. That means the selling price of the oil that’s produced has to be high enough to make sustained unconventional production worthwhile.

When we spoke with energy economist Ed Hirs, University of Houston lecturer and member of the Yale Graduates In Energy study group, he pointed out that, exclusive of acquisition expenses, the costs of finding and developing new reserves in shale plays range from $50 to $80 per barrel, with $72 per barrel being about average. Compare this to conventional oil or natural gas in the US, which costs on average about $33 to extract – or to Saudi Arabia or Iraq, where the all-inclusive cost of developing a barrel of oil is around US$4, according to Henry Groppe, founder of oil and gas forecasting firm Groppe, Long & Littell.

Clearly, no one wants to lose money with every barrel that’s pulled from the ground. Without a significant margin between the production cost and the selling price, it simply doesn’t make economic sense to keep producing.

Even now, some economists think the selling price of unconventional oil might be approaching that danger zone. That’s because unconventional pricing is tied to the price of conventional oil. More specifically, it’s linked to West Texas Intermediate (WTI) crude, the most popular benchmark for crude oil pricing. And for some time, the selling price of a barrel of WTI has been around $100 (it flagged slightly at the end of July, reaching $97.69, and was in the $98 range mid-August). The difference between the $80 it costs to produce a barrel of unconventional oil and the current WTI selling price is around $20 – a figure that certain experts call a comfortable spread and what others consider “knife-edge profitability.”

Either way, most analysts agree that any sustained drop in global oil prices could make high-cost shale development a money-losing proposition. World crude prices under $85 could squeeze out unconventional producers and put an end to the US shale revolution.

That’s a scenario that Hirs thinks OPEC could mastermind.

“If OPEC boosted their oil production, they could drive prices down, making it non-economic for US shale production to continue,” he explains. According to the Yale Graduates in Energy study group, if OPEC added 1 million barrels per day to global oil supplies it could push prices down by 10%. A 2-million-barrel-per-day addition would bring prices down by 20%. Cut the current $100 per barrel selling price by 20% to $80, and it’s unlikely that oil and gas companies would find it profitable enough to continue shale operations.

But how likely is it that OPEC will flood the market?

They’ve done it before – in the early 1980s – in a move that Hirs says bankrupted the former Soviet Union. On the other hand, Hirs says that OPEC countries need high prices because their state budgets depend on oil revenues, and a lot of them. In Saudi Arabia, for example, oil generates 92% of the nation’s budget.

So, if the world oil market is a bathtub and nothing can insulate the US from world oil prices, and we need high oil prices to sustain expensive unconventional oil production, is there anything shale drillers can do to keep production profitable?

It comes down to this: If they can’t control selling prices, they have to reduce production costs.

To a certain degree, that can be accomplished through better technology.

Ever since fracing opened North American shale developments, oil companies have made huge gains in shale fuel extraction technology. Not only are shale’s tight formations more accessible, recovery rates and productivity have improved.

As Groppe explains, it’s tough to get oil out of shale developments. Recoveries are low – only about 10%-12% of the total oil in place is being extracted with the initial completion of a given Permian Basin well, for example. But as technology improves, companies are able to sweep out more of the oil that’s left behind. And, as the folks from Energy from Shale tell us, every new well offers a learning experience so each subsequent tap can progress more efficiently.

But R&D to boost technology won’t proceed without high oil prices to support it. And fracing might always be more costly than conventional drilling, even as new technologies emerge.

At least that’s the view of Dan Steward, geologist and former Mitchell Energy vice president. When Steward talked to us about fracing costs and oil prices, he explained that production expenses vary widely from one shale development to another, depending upon drilling depth. The Eagle Ford and certain areas of the Bakken are less expensive to drill than the Barnett shale, for example. When Oklahoma’s SCOOP (South Central Oklahoma Oil Province) comes on board, it’s likely to be less expensive to drill as well, Steward says.

All of this likely means that the US should continue to make a splash in the world oil market, while technology helps keep profits from going down the drain. 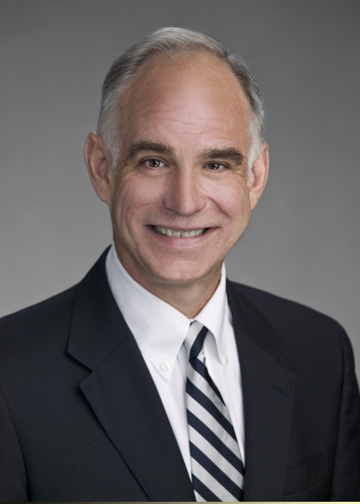 Ed Hirs, managing director of oil and gas company Hillhouse Resources, has 30 years of experience in finance. He teaches graduate and undergraduate courses in Economics of Energy at University of Houston and chairs a national energy conference at Yale University. Hirs began his career at Mobil Oil, and he has worked for the US Department of Energy in the Office of Conservation and Solar Energy.