Talk of American energy independence isn’t new.  Even if we use as a marker President Richard Nixon’s November 1973 “Project Independence” pronouncement, in which he described his plan to wean the US off foreign oil (particularly from Middle Eastern suppliers), it’s safe to say that dream was predated by at least a generation or two of wildcatting Texas oilmen.

But with the rise of domestic shale production, the discussion has intensified.  And while experts and analysts doubt that complete energy independence is possible, there’s a greater likelihood than ever that we’ll reduce our dependence on Middle Eastern oil – because of good ol’ Midwestern shale.

Turning Down the Tap 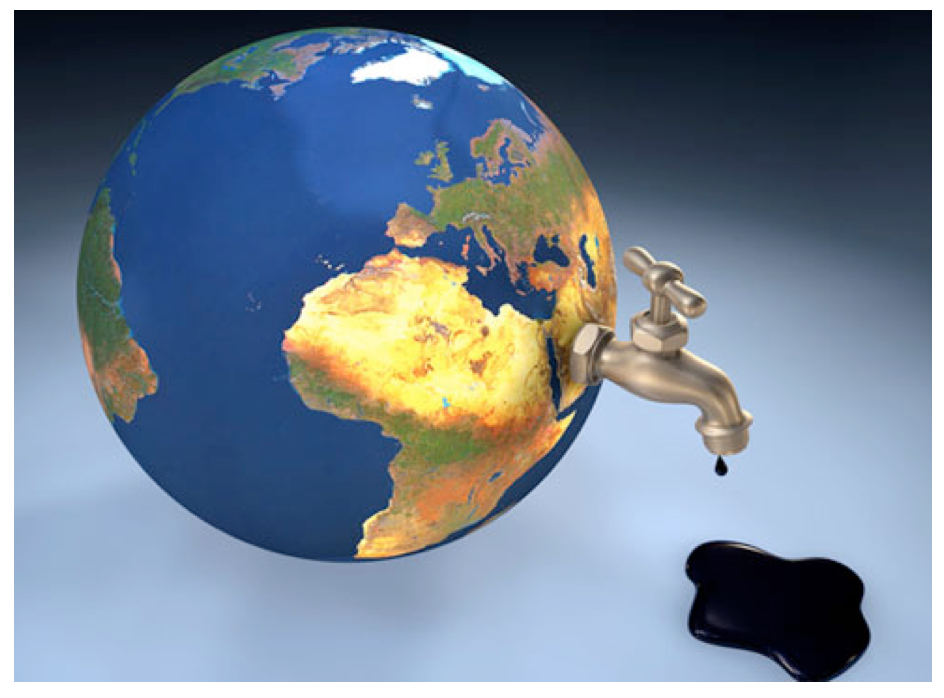 Last year, for the first time since 1995, the US produced more oil than it imported.  Between the production bonus derived from shale and the decline in American fuel consumption, the US has become less directly dependent upon imported foreign oil – and less reliant on Middle Eastern oil than China now is, since overtaking the US as the world’s biggest oil importer in 2013.  At the same time, the US has mostly cut back on its West African imports from Nigeria and Angola.

But US crude imports from the Middle East remain about approximately 25% of total imports.  Still, the idea that some day we can free ourselves from Middle Eastern oil – and from its panoply of geopolitical entanglements – is appealing. The topic is hotly debated, too.

Middle East Remains a Force to Reckon with

“If some people say that as a result of the growth of American oil we do not need any more Middle East oil, I don’t find it right,” Fatih Birol, the chief economist of the International Energy Agency (IEA), said in an interview with the United Arab Emirates publication, The National.

That sentiment was echoed by the retired Navy admiral who led a commission of former generals and senior officials studying how the oil boom could affect US foreign policy.

“The oil boom has sparked a lot of loose talk about how we can now ignore what goes on in the Middle East, but that’s just not true,” Admiral Dennis Blair, a former director of National Intelligence, told the Washington Post.

Blair did note, however, that increased North American oil production made it easier for the US to impose stricter sanctions on Iran when that nation amped up its nuclear production, without worrying as much that the injunctions might result in higher oil prices.  He also suggested that Beijing is becoming more cooperative on Middle East policy as China has become more dependent on Middle Eastern oil.

Is the Middle East Losing its Grip?

A little more bullish on the idea that the Middle East is losing its grip on the US is Anders Aslund, senior fellow at the Peterson Institute for International Economics in Washington, DC.  He argues that, broadly speaking, the US will find the Middle East less important going forward.

“A natural consequence of needing less oil means paying less attention not only to the Middle East, but to other parts of the world,” Anders said during a recent conversation. “We were more interested in the post-war period, particularly with the overthrow of Iran in 1953, which nationalized their oil industry.  Another peak period of interest was around the time of the OPEC embargo in 1973.

“We get so much oil from Canada, and Venezuela is a preferred supplier.  The Middle East is already less important,” he explained.

Today, the US remains the de facto crossing guard for the Strait of Hormuz, the chokepoint connecting the Gulf of Oman and the Persian Gulf.  With about one-fifth of the world’s petroleum passing through it, the Strait is the world’s busiest passage for oil.  But Gvosdev, a Russian-American international relations expert, suggests that America’s newfound energy capacity might let us hang up our safety-orange vest.

“The Carter Doctrine and the Reagan Corollary, which commit the United States to defend the countries of the Persian Gulf against outside aggression and internal subversion because this region and its energy resources are deemed invaluable to U.S. interests, [could] go the way of other now-irrelevant U.S. foreign policy doctrines,” he said.

Even with our likely decreasing involvement in the region, most analysts agree that the US’s time-honored support of Israel will also keep us involved in Middle Eastern affairs.

When Dr. Ibrahim al-Muhanna, senior advisor to Saudi Arabia’s minister of petroleum and mineral resources, addressed London’s Reform Club in February, he said that because America’s presence in the Middle East is critical for Israel, the US will continue to be interested in regional developments that affect Israel, either directly or indirectly.

“Israel has great interest in all developments in the region, and as a consequence, so does Washington,” he said.

Harvard University political scientist Joseph Nye also sees Israel as a reason for continued US engagement in the Middle East.

“There’s a powerful interest in Israel,” Nye said during a recent conversation.  “You have groups like AIPAC (the American Israel Public Affairs Committee, a pro-Israel lobby) and (other) explicit lobbies for Israel.  But even more important, if you look at public opinion polls, it’s not just American Jews but a large portion of fundamentalist Christians are very strongly supportive of Israel.  And public opinion polls show even broader than that support for Israel.  So I feel that support for Israel is pretty strongly rooted.”

Regardless of their position on the future of US-Middle East relations, most experts agree that – in spite of expanded domestic production – the US won’t become immune to oil shocks.  That’s just the global nature of the oil and gas market, they say.  And there are more facets to that argument than the Hope Diamond.

Most of the world’s proven oil reserves are in the Middle East.  As a result, the region can exercise significant control over oil pricing, with a ripple effect felt all over the world.  And with spare capacity falling because production hasn’t kept up with the growing worldwide oil demand, a war in Syria or unrest in Iraq can cause global oil prices to spike.  In fact, a chemical attack in Syria last August caused Brent crude prices to jump 6.2% to a high of $116.61 per barrel in a week.  When Syria later agreed to dispose of its chemical weapons stockpiles to help ease international tensions, the per-barrel Brent price fell slightly (although it remained above $109, which was the average price over the past three years).

But that could be just the beginning, the International Monetary Fund (IMF) said in its October World Economic Outlook.  In the worst case, a disruption in the Middle East would push oil to $150 a barrel, leading to “adverse effects on confidence, with capital retreating to safe havens and a persistent decline in equity prices.”

What that could mean in total dollars isn’t easy to predict, but when the US government tallied the cost to the American economy of oil price shocks and price manipulation by OPEC between 2004 and 2008, the total came to a stunning $2 trillion.

Could the Arab Spring Be in for a Fall?

Currently, the IEA estimates that global oil production capacity will grow to 102 million barrels a day by 2017.  That volume is well above demand forecasts of 95.7 million barrels per day.  Excess production is likely to weaken oil prices in the medium term, bringing down the importance of the Middle East oil producers in the process.

In addition, global supply diversification – like the growth of American shale – can also have the effect of lowering crude oil prices.  Lower prices on dwindling exports will mean reduced oil and gas revenues for Middle Eastern producers, and that could lead to state belt-tightening. And while fiscal constriction is never popular with the people, there may be serious repercussions in nations where recent public uprisings finally led to much-needed social reforms.  So while falling oil prices in the Middle East might have a foreign policy upside for the rest of the world – particularly if Arab oil exporters can no longer fund military groups in countries like Pakistan, Afghanistan, and Malaysia – they might also signal a major step backward for the citizens who’ve benefited from the so-called Arab spring.

And that could lead to further turmoil in oil-producing nations, which might ultimately result in even greater price volatility.

How low would prices have to drop for this ripple effect to occur?  Well, compared to US production prices, the cost of producing a barrel of oil in the Middle East is fairly low.  Still, only a few of the region’s smaller states could cope with an extended price drop below $100; most need an oil price of $90 or greater to cover current government spending.  Even at $100 per barrel, public spending would be expected to slow down in the region.

Although projections are that the US will overtake Saudi Arabia and Russia to become world’s top oil producer by 2016 or perhaps even earlier, the IEA says the world is not on a brink of new world oil abundance.  The agency doubts that other countries can replicate American success in the shale oil industry, and there’s a ban on the export of US oil.

But that doesn’t mean oil kingdoms aren’t worried about the influence in the near term.

One reason is that Middle East energy use is expanding wildly.  Consumption is expected to grow by 77% by 2035, which is double the projected increase in production.  According to energy giant BP’s annual global market outlook, because the region’s governments subsidize gasoline and electricity, there’s little incentive for residents to trade in their gas-guzzlers for fuel-efficient vehicles or to cut their use of air conditioning – admittedly a necessity in the area’s sweltering climate.  But at the same time, those countries are trying to develop their economies beyond oil, a quest leading them into energy-extensive industries like aluminum smelting.

While historically 72% of Middle East oil production has been available for export, that number is expected to drop to as little as 65%.  For countries whose government budgets are built around oil export revenue – like Saudi Arabia – the result could be higher cost of living, more unemployment, and fewer dollars for social spending. And as supply from shale oil from the American Midwest (and Texas and…) mean the US has less need for Middle Eastern oil, ever-shrinking demand could cause more regimes to collapse.

Anders Åslund is a senior fellow at the Peterson Institute for International Affairs and an adjunct professor at Georgetown University. He examines the economic policy of Russia, Ukraine, and Eastern Europe. He has worked at the Carnegie Endowment for International Peace, the Brookings Institution, and the Kennan Institute for Advanced Russian Studies. Link