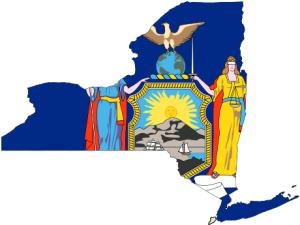 A study commissioned by the US Chamber of Commerce’s 21st Century Energy Institute estimated that the extraction of unconventional shale oil and gas by hydraulic fracturing – commonly known as fracking – already created 1.7 million US jobs by 2013. And Independent energy consultancy IHS has projected that oil and gas production through fracking could support 3.3 million jobs nationwide, which would generate more than $125 billion in state revenue across the country by 2020. Why not be part of that?

Cuomo cited dangers to public health and the environment for the ban. Rep. Tom Reed, R-New York, has nailed the more likely motivation for Cuomo’s actions: political gain. The ban is especially bad news for New York’s Southern Tier region, which sits upon the tremendous natural gas reserves of the Marcellus Shale. Residents there hoped to experience the kind of economic benefits that the shale already has created in Pennsylvania. “This decision makes it even more difficult to replace the good jobs that have already left due to New York’s unfriendly business climate,” Reed says. Clearly, he adds, this ban is the “wrong decision for New York State’s future.” I couldn’t agree more.