Youth in Action: Even America’s Young Generation is Talking Crude! 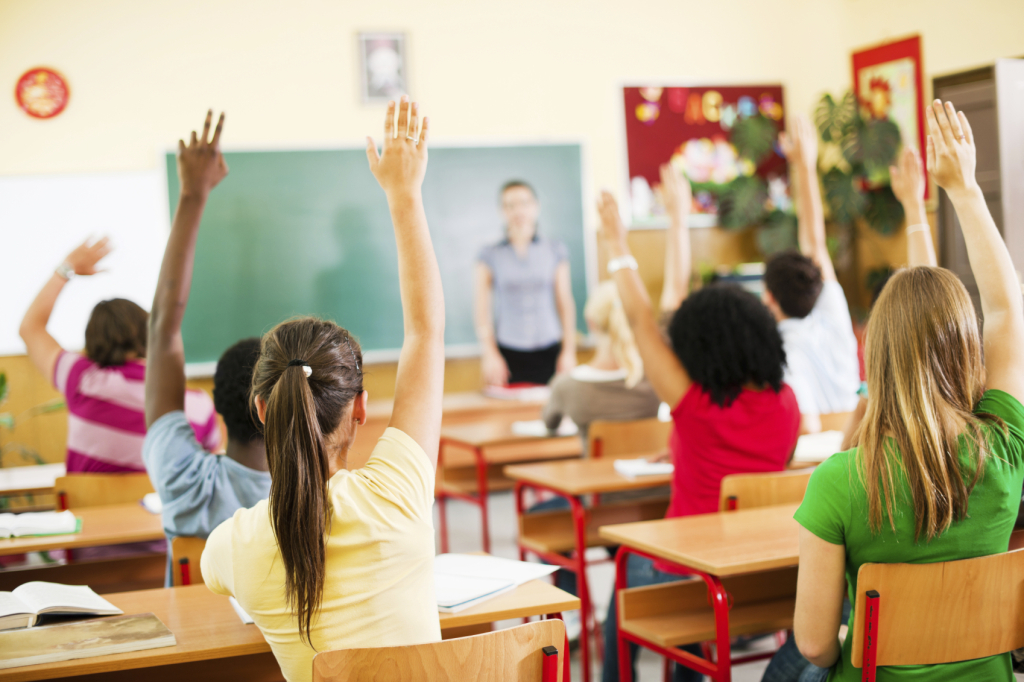 The movement to rescind the current ban on US exports of crude oil appears to have some serious momentum. As we’ve been tracking over the past month, this debate has become part of the American discourse – from politicians and politicos to businesses and special interest groups.

Read all about it at our ongoing compilation of quotes on both sides of the debate: “Everybody Talks (Crude): A Comprehensive List of Public Figures For and Against the Crude Export Ban.”

Opinions range from absolute agreement with lifting the ban to outright horror at the thought – but one thing’s for sure: Everyone’s invested in the argument. Yes, even America’s youth!

Even if the current campaign doesn’t affect the change that we’re seeking, this is certainly not a conversation that will die out. Indeed, the next generation of politicians and thought leaders are passionate about the topic. Whether we agree with their stance or not, we applaud these young people for educating themselves – and their readers – on this important topic that has clear ramifications for our future.

Read on to see what three up-and-comers have to say – and be sure to let us know in COMMENTS if you know any other young folks who are speaking up or writing about lifting (or maintaining) the crude oil ban.

Ryan’s conclusion? “Lifting the ban on crude exports entirely is the logical course of action. Tearing down trade restrictions incentivizes further production by oil companies. Of course, American refiners will lose the unfair edge they’ve maintained over their foreign counterparts for decades (as was evidenced by the dramatic drop in US refineries’ shares after the Commerce Department’s announcement). But the economic benefits of the free trade of crude products are far greater than any possible harms that will come to US refineries.”

Annie Xie Bennion, an environmental science major at Brigham Young University, also weighed in – albeit on the other side of the debate. Another Policy Interns cohort, Annie shared her thoughts about a June event hosted by Bipartisan Policy Center with a focus on the geopolitical impacts of the US tight oil boom.

In her post Geopolitical Impacts and Pokemon: Looking for a Bipartisan Voice Amidst an Oil Boom, Annie criticizes what she considers an oversight on the part of the event coordinators and panel participants alike: “Rather than the balanced affair typically advertised by the Bipartisan Policy Center, this event seemed to highlight the impacts and implications of American crude while taking increased development as a given… Panelists constantly called for the government to step aside from regulations and ‘let the market find the sweet spot’ of production. However, none mentioned externalities or subsidies that disfigure the prices that markets and consumers face.”

“Boost the US’ Position in Trade Negotiations”

Meanwhile, Sara Westfall, a recent graduate from the Elliott School of International Affairs at the George Washington University, chimed into the conversation in October. Her post for Young Professionals in Foreign Policy, Lifting the Ban on Crude Oil Exports, explains a bit of the argument from both sides.

Sara’s ultimate verdict? “Most likely, lifting the ban on crude oil exports will have little impact on the U.S.’s energy security, as refiners will still need to import foreign heavy oil for their refineries. While increasing its position as an oil exporter, the U.S. will still not be able to draw influence away from the major OPEC countries. Still, it will be a step forward towards freer trade and may possibly boost the U.S.’ position in trade negotiations. Given the economic benefits, it seems like it’s finally time to lift the ban.”

“Obama Should Reverse His Oscillations”

A group of neighbors to the North has also earned an Honorable Mention in our roll call.

Montreal, Quebec’s online student newspaper Prince Arthur Herald recently featured an editorial entitled Keystone XL Must Move Forward. While the group isn’t “American youth” per se, and the article’s focus isn’t specifically on the crude oil export ban, the Editorial Board nonetheless deserves recognition for its impassioned discussion and decisive argument on a hotly debated topic. And we commend their deftness at weaving in an argument for lifting the ban:

“By lifting the oil export ban and approving Keystone XL, President Obama could score big strategically. By flooding the world with American supply even only marginally, OPEC might fall apart through exacerbated existing tensions… Another collateral benefit would be to weaken Vladimir Putin. By sending oil to Europe where prices are higher than in America, Obama could save Europeans from their dependency on Russian oil. Russia, already reeling from European and American sanctions, might be forced to reform under increased competition for its oil exports.

“The start for such improvements would be a move toward greater oil production and trade, including approval of the Keystone pipeline. Obama should reverse his oscillations and swiftly help to undercut OPEC’s hold on the global oil industry.”