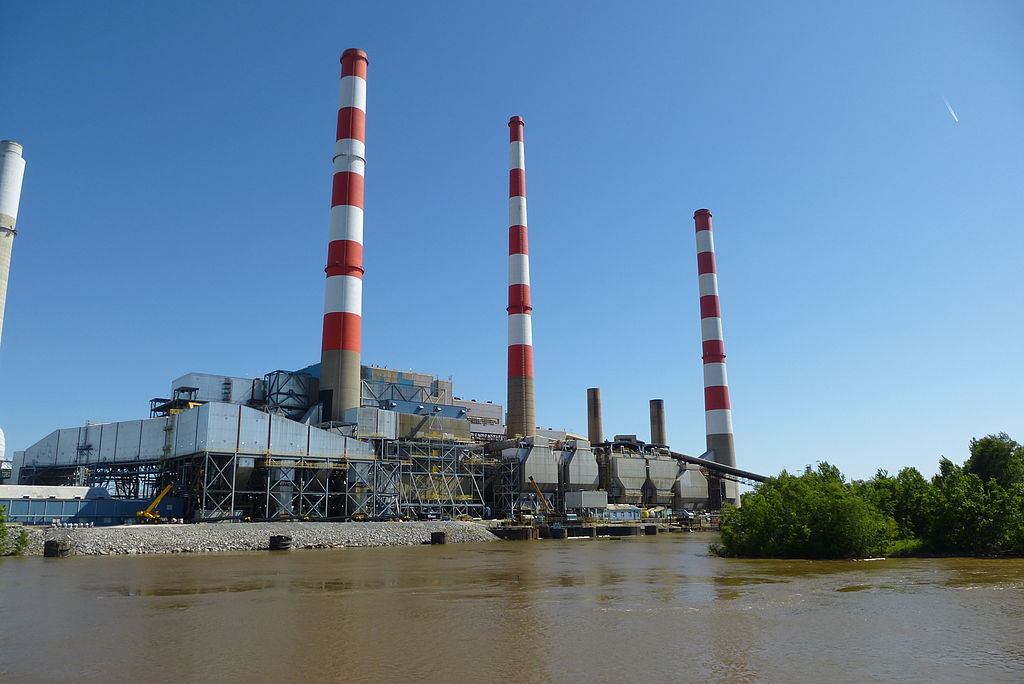 Alabama’s Barry Electric power plant at the Mobile River is just one of the nation’s plants likely to feel the impact of new regulations.

It didn’t take long for the latest environmental mandate proposed by the Obama administration to start drawing sharply divided responses from within the US.  Amid all the debate, the shale gas industry finds itself in an enviable winner-take-all position.

Since the proposed plan was unveiled in June, it has been taking hits from those on both sides of the climate change debate.  While environmentalists are praising the EPA’s efforts to limit carbon pollution, a number have commented that the measure doesn’t go far enough to reduce greenhouse gases and protect the globe from climate disruption.  Others – including those who question carbon emissions’ role in climate change – have said the mandate will result in surging electricity bills, blackouts, and economic damage.

This debate isn’t likely to be resolved any time soon.  But for now, it’s evident that the new emissions rules will significantly change the way we power our electric plants.

The rules also could represent a tremendous opportunity for our nation’s shale gas industry.

“It is clear to analysts that coal will bear the brunt of this anti-carbon crusade, while natural gas will be the big winner,” Forbes energy writer Christopher Helman says. “Coal-fired power plants are responsible for about 25% of all greenhouse gas emissions in America.  Per megawatt-hour (mWh), coal plants emit about 1 metric ton of carbon dioxide.  Compare that to natural gas turbines, which emit just .4 metric tons per mWh.”

Helman is not alone in that viewpoint.  Financial analysts are now predicting that, as a result of the new EPA rules, natural gas consumption could increase as much as 45% by 2020, a jump from 22 billion cubic feet per day to 32 bcf/d.

The US shale gas revolution may be on the brink of a critical new chapter.

Natural Gas to the Rescue?

The fact that the EPA chose 2005 as its baseline year is significant, oilprice.com writer Nick Cunningham has noted.  Emissions were at a peak then.  “2005 predated the shale gas revolution, which led to significant reductions in carbon dioxide emissions as cheap natural gas displaced coal,” Cunningham said.  “By 2013, the US had already achieved about a 10% reduction in emissions since 2005 – meaning we are already well on our way to the 2030 goal.”

Chris Faulkner, CEO of Dallas-based Breitling Energy Corp., says that natural gas will do the rest of the job, too.

“The new EPA rules limit emissions from natural gas plants to 1,000 pounds of CO2 per megawatt-hour of electricity produced, which most natural gas-fired plants already easily meet with existing technology,” Faulkner told us during a recent interview.  “Meeting the limit of 1,100 pounds for coal plants is a much steeper challenge, with existing plants currently producing up to 1,800 pounds.

“Even the administration’s own Department of Energy (DOE) predicts that non-hydro renewable sources of energy, despite all the subsidies we can throw at them, won’t account for more than 16% of electricity generation by 2040, so the only viable option is natural gas,” Faulkner continued.  “If you want to mitigate carbon emissions within the timeframe the climatologists say is needed to avoid catastrophe, you won’t get there with solar and wind power and efficiency measures alone.  You need a bridge to more affordable non-fossil energy sources, and that’s natural gas.”

The EPA will be spending the next year gathering public comments and working with stakeholders to refine its power plant proposal before finalizing it in June 2015.

“For the sake of our families’ health and our kids’ future, we have a moral obligation to act on climate,” EPA Administrator Gina McCarthy said in June, when regulation was proposed.  “The science is clear.  The risks are clear.  And the high costs of climate inaction keep piling up.”

But some in this country worry that the plan comes with high costs of its own.  The US Chamber of Commerce has predicted that the requirement will cost $50 billion a year in GDP and prevent the creation of more than 220,000 jobs per year.  Household disposable income would be cut by more than $550 billion a year.

The Natural Resources Defense Council, on the other hand, has argued that rule will create more than 250,000 jobs as demand amps up for alternative energy sources.

Faulkner says it may be early to predict the policy’s impact on energy costs.  “It depends on how hard the government and the coal industry keep pushing the absurd idea of ‘clean coal,’” he said.  “There’s no such thing as clean coal.  For coal to be as clean as natural gas, coal-fired power plants have to install carbon capture and storage (CCS) systems.  The latest DOE estimates suggest that adding CCS to a conventional coal-fired power plant will spike the delivered cost of electricity by 85%!  That’s just to achieve the same level of emissions as what you get from natural gas, but natural gas delivers reduced emissions without the whopping price tag.

There also are concerns that increasing natural gas production runs the risk of increasing methane leakage from natural gas wells as the gas is extracted, processed, and transported.  That leakage could pose its own risks to the environment and possibly offset the benefits of increased natural gas usage to fire electrical plants, Cunningham said.

The extent of this risk is still unknown.  “Methane leakage could turn out to be a very fixable problem, as engineers figure out how to plug leaks in the supply chain,” Cunningham said. “But for now, President Barack Obama’s climate plan hinges on this uncertainty.”

Methane leakage is a valid concern and a waste of resource, Faulkner said.  Today, there is no requirement for “green completions” or vapor recovery units.  “Many producers do use VRU’s to capture methane, which is a valuable commodity.  I think we’ll see a lot more producers doing that voluntarily, because it just makes better business sense, but I wouldn’t be surprised to see new regulations requiring green completions.”

It’s also important to know, Faulker said, that studies are conflicted in their estimates of methane leakage.

“A recent study from The University of Texas at Austin, based on extensive measurements of methane emissions, found that the majority of the fracked wells already had equipment in place to reduce methane emissions by 99%,” Faulkner pointed out.  “This study concluded that, with this equipment, methane emissions are now actually 97% lower than national emissions estimates for 2011.”

It would be unwise to underestimate the ability of abundant natural gas to significantly cut emissions, Mark Green writes in a recent blog for Energy Tomorrow, adding thatnatural gas clearly played a role in bringing carbon dioxide emissions to a 20-year low in 2012.  “While the US Energy Information Administration (EIA) expected 2013 emissions to inch up – mostly due to increased coal use in electrical generation – the projected level still would be more than 10% below where emissions were in 2005.”

Green adds that US emissions reductions between 2000 and 2012 are ahead of the European Union and significantly ahead of large developing countries, including China.

McCarthy of the EPA expressed her confidence in natural gas’ environmental benefits in December.  “Natural gas has been a game changer with our ability to really move forward with pollution reductions that have been very hard to get our arms around for many decades,” she said.

The controversy surrounding the EPA’s new power plant regulations is likely to keep the natural gas industry in the national spotlight for some time to come.  This represents an opportunity for the industry – not only to prosper, but also to determine just how much natural gas can do to benefit the environment. 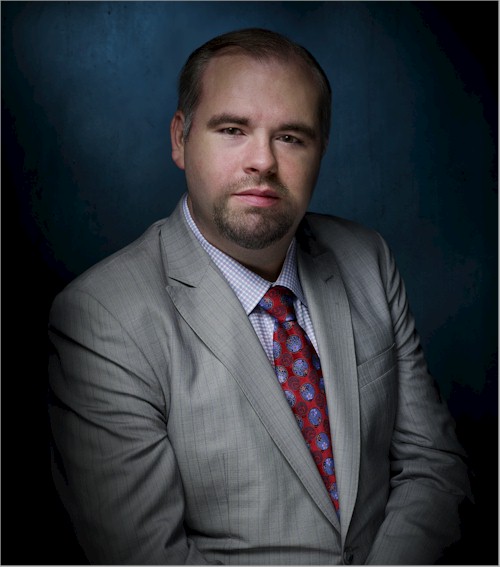 Chris Faulkner is the Chief Executive Officer, President, and Chairman of Breitling Energy Corp., an oil and natural gas company based in Dallas. He is the author of The Fracking Truth—America’s Energy Revolution: The Inside, Untold Story, and he is the producer of the fracking documentary, Breaking Free. Faulkner was named Industry Leader of the Year in 2013 by the Oil & Gas Awards for the Southwest Region, Oil Executive of the Year in 2013 by the American Energy Research Group, and he was recognized in the Dallas Business Journal’s “40 Under 40” in 2014 as well as “Dallas Who’s Who in Energy” in 2012 and 2013.