Oil Production in Colorado Skyrockets Thanks to Fracking

For decades, petroleum engineers have known of vast quantities of oil trapped under the ground in Colorado’s oil shale rock.  And for decades, oil companies have been struggling to find an economically viable way to release that oil from the underground rock.

The most abundant oil shale beds in the world lie in the Green River Formation, located along the border of Colorado, Wyoming, and Utah.  Expert estimates of the oil contained in the Green River Formation are in the trillions of barrels.  Although not all of the oil in this Shale Country area will be recoverable, it’s still estimated that about 800 billion barrels could be extracted – three times as much as Saudi Arabia’s proven reserves and enough to satisfy current US demand for more than a century. 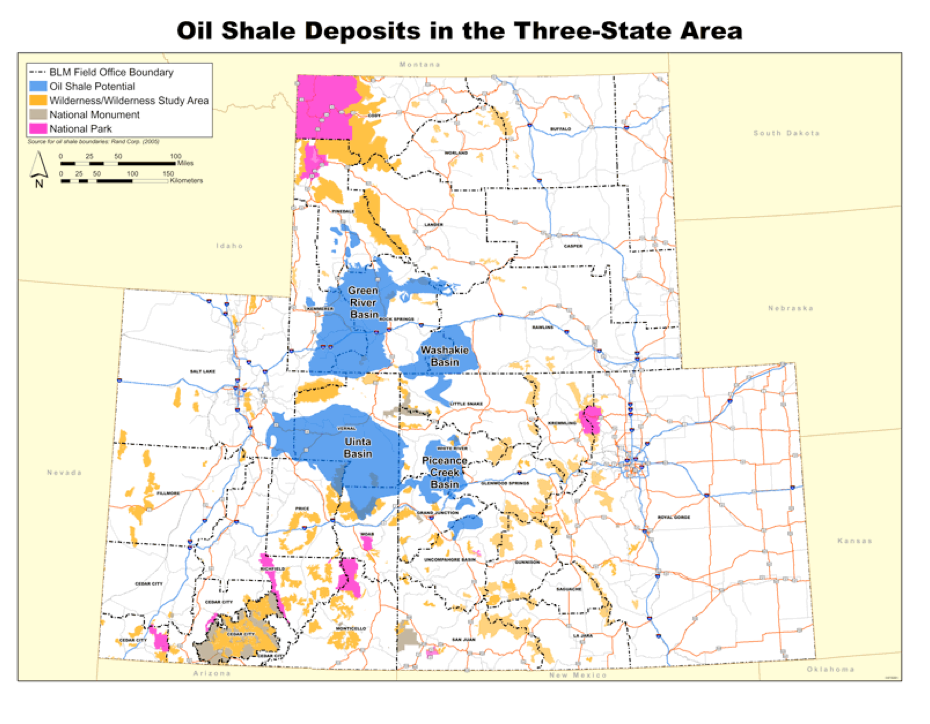 Fracking Isn’t the Answer in the Green River

While the recent boom in oil production across other states has been driven by the advanced technique of hydraulic fracturing (“fracking”) – a method that involves blasting a mixture of water, sand, and chemicals at a high pressure to release trapped oil and gas from shale formations – engineers in Colorado are discovering that the nearly 2 trillion barrels of Green River oil can’t be recovered this way.

The “simple” explanation for this is that these other plays, such as the Bakken in North Dakota and Eagle Ford in Texas, are not at all similar to the Green River formation and the oil shale rock in Colorado’s Western Slope.

The differences between oil extracted from shale formations (like the oil in Bakken and Eagle Ford) and oil shale (like the Green River Formation and Western Slope) are vast and have been a great source of confusion. The oil recovered in the Bakken and Eagle Ford is actual oil that doesn’t flow properly because it’s trapped in the shale formation.  This “tight oil” can be released thanks to advances in fracking technology.

On the other hand, oil shale is a much different prospect than this tight oil.  Oil shale is an inorganic rock containing kerogen, a precursor in the production of petroleum.  In order to produce oil, the oil shale and its kerogen need to be heated.  When superheated to 5,000 degrees Fahrenheit, kerogen undergoes various chemical reactions, resulting in a vapor containing a mixture of hydrocarbons and other organic compounds.  When this vapor condenses, it becomes oil that can be refined to produce liquid fuels and lubricants.

Producing oil from oil shale has been done in one of two ways:  a.) The oil shale is brought to the surface and cooked; or b.) An electric heater is placed deep beneath the surface at the base of the rocks to heat the shale, convert it into liquid oil and gas, and then bring it to the surface.

Unfortunately, neither method has proven economically viable to this point.  In recent years, both Shell and Chevron have abandoned their respective oil shale efforts in Colorado, after investing tens of millions of dollars into finding profitable extraction methods.  And so, for now, the alluring deposits of oil in this fine-grained sedimentary rock in the Green River – that could put an end to America’s dependence on foreign oil – remains out of reach.

But Colorado’s fracking tale isn’t completely full of woes.  Quite the contrary: outside of the Green River formation, it has been used quite successfully in other parts of the state.  The Niobrara play in the northern part of the state has proven particularly lucrative, joining the ranks of the US Energy Information Administration’s top six domestic energy producers that accounted for nearly 90% of oil production growth and virtually all natural gas production growth during 2011-12. 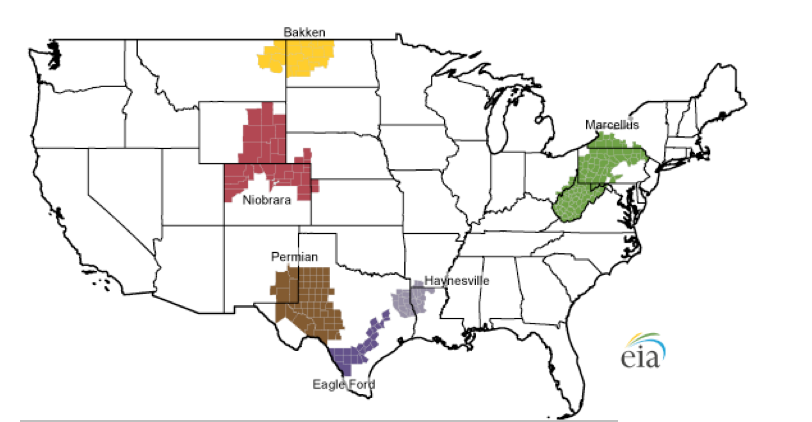 The Niobrara play kicked off in August 2009 with the wildcat oil well “Jake.”  It produced 50,000 barrels of crude oil in its first 90 days, signaling the beginning of the region’s shale boom.  From 2009 to 2012, fracking has increased in the Niobrara, Colorado’s total oil production has increased 46%, from 32.7 million barrels to 47.9 million barrels.  This marks the highest levels of oil production in Colorado in over 50 years.

The economic benefits of fracking the Niobrara are undeniable.  In 2012, the oil and gas industry contributed $29.6 billion into the state’s economy and supported more than 110,000 high-paying jobs. Collectively, the industry contributed just over $3.8 billion in employee income to Colorado households in 2012.

Furthermore, fracking is more efficient, producing greater output with fewer permits.  With 37% fewer permits approved by the state between 2010 and 2012, production still increased to its highest levels in more than 50 years.

In short, the state is seeing a new oil boom – centered on oil produced from shale formations, not oil shale.

Could a letdown be looming on the horizon of Colorado’s current shale boom?

As Niobrara’s Jake well indicates, production declines are all-too-common.  After its first 90 days recovering 50,000 barrels of crude, its annual production in 2012 was just 22,300 barrels.  And many other wells are also seeing production dips throughout the Niobrara.  Within a typical Niobrara well’s first year, oil production declines more than 65%.  More wells have to drill and frack to recoup the difference, and this has some questioning the long-term sustainability of Colorado’s major shale play.

The other challenge facing the industry is a bit trickier to handle:  Colorado has been ground zero in the fracking debate in 2013, with so-called “fracktivists” citing environmental concerns and calling for a moratorium despite numerous studies refuting the environmental risk arguments.  (Even the EPA has ruled out contamination from fracking because its activity takes place thousands of feet away from the groundwater.)  Fracktivists pose a very real threat to the future of fracking in Colorado:  some believe that their influence could lead to a statewide fracking ban referendum on the ballot in the near future.

Bold Projections Give Reason for Optimism

How all this political debate will affect Colorado’s fracking activity remains to be seen.  In the meantime, however, work continues in the Niobrara – and some industry executives believe the best is yet to come.

Noble Energy, among the largest energy companies working in the Niobrara, recently announced its bold projections for the next few years.  Company’s chairman Charles Davidson expects its production to more than triple within the next five years.  He spoke highly of the region’s potential, calling it a “top tier play” that is on par “with any of the unconventional oil plays in the U.S.”