Strong Arm or Upper Hand: The Shale Revolution and US Geopolitics

When Iran continued to enrich uranium despite UN Security Council resolutions and sanctions on Iranian exports by the US and EU, it seems that this oil-rich OPEC nation, accustomed to practicing strong-arm tactics in an energy-fueled geopolitical landscape, failed to notice one pretty significant thing: Growing production of US shale resources was lessening America’s dependence on foreign crude. The “radicals” in Tehran hadn’t considered the changing energy picture, said Princeton University fellow and former Iranian ambassador to Germany Hossein Moussavian in a CNBC interview. They believed that sanctions wouldn’t be imposed – and even if they were, they wouldn’t work because oil prices would surge.

However, a global over-supply of oil that kept prices in check gave the US and EU a strategic advantage. Washington, in particular, was empowered to take more assertive action against Iran without the fear of retaliation in the form of energy price shocks. So instead of the US capitulating to avoid rising energy costs, Iran’s economy took a hit, shrinking by about 5% in 2013 just as inflation was rising more than 50%. Any number of Iranian firms were forced to shut down or reduce operations. Finally bowing to international pressure and significant public outcry, Iranian leaders in January agreed to temporarily halt expansion of Iran’s nuclear program.

The Iran story is evidence that those who attach the impact of American oil and gas production to some future date are missing the obvious.

The Future Is Now

So says energy analyst Daniel Yergin, best-selling author of the energy-focused nonfiction books “The Quest” and “The Prize.”

“The increase in US oil production has already had an impact,” Yergin recently told the Federation of American Scientists.  “Sanctions wouldn’t have been effective without US oil production. … We’ve added (within the last year) almost as much as Iran was exporting before sanctions.” 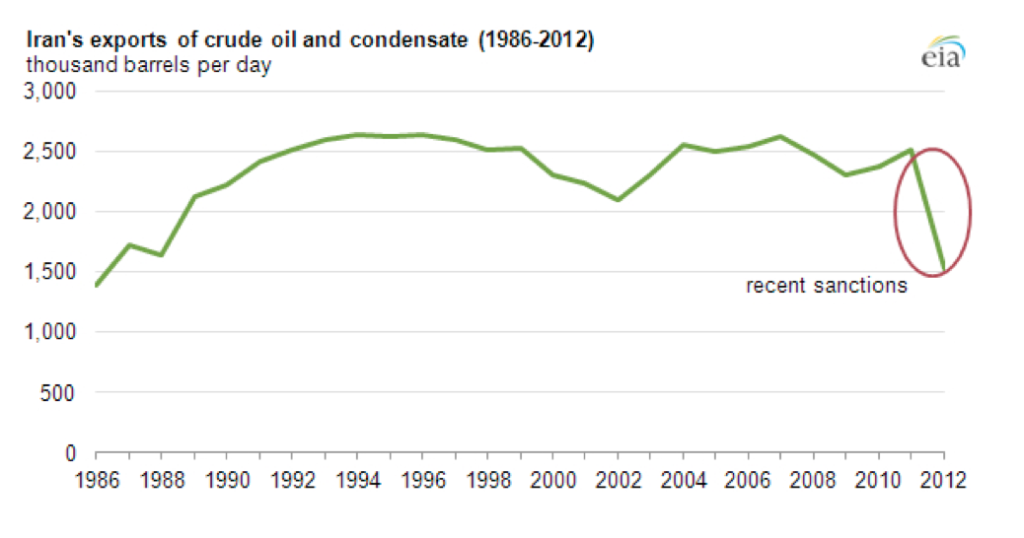 That wasn’t the first time Yergin has voiced an optimistic view of American energy’s foreign policy effect. In a 2012 Financial Times piece, for example, he said, “What is unfolding in the US will continue to change its economy and affect both international relations and the global energy outlook.”

And Yergin isn’t alone in his opinion. Historian and author Jay Hakes, former head of the Energy Information Administration (EIA), is among these ranks. In a recent discussion about how US shale production is changing our international perspective, he said that he sees our role becoming more restrained when we’re no longer forced to make deals with dictators. We can boycott Iran because we have other options.

In other words, we are less obligated to support morally suspect despots or affirm the actions of erratic rebels. And at the same time, we can choose diplomacy over expensive military interventions. 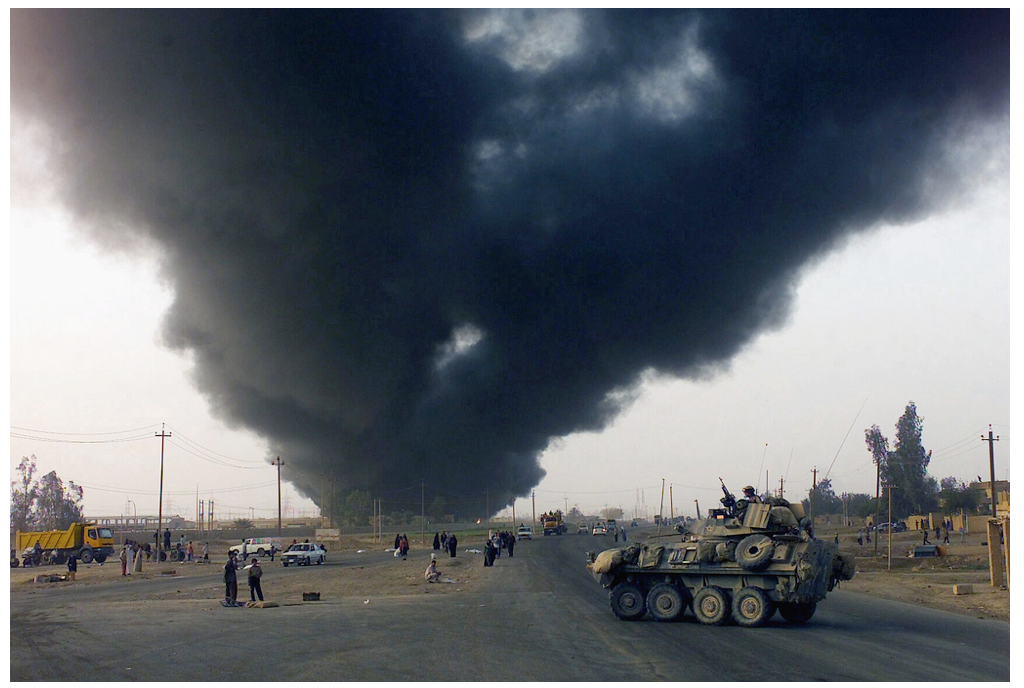 Smoke from a burning oil field rises into the air toward Baghdad during Operation Iraqi Freedom.

American foreign policy has been shaped by its need to secure oil supplies in the Middle East, but that reliance is likely to end.

Tom Donilon is a former national security advisor to President Obama who discussed how US diplomacy worked against Iran in a 2013 speech at Columbia University. He described to his audience how the President had marshaled global pressure on Tehran to address the world’s concerns about the country’s nuclear program.

“The United States engaged in tireless diplomacy to persuade consuming nations to end or significantly reduce their consumption of Iranian oil while emphasizing to suppliers the importance of keeping the world oil market stable and well supplied.” Donilon said. “The substantial increase in oil production in the United States and elsewhere meant that international sanctions and US and allied efforts could remove over 1 million barrels per day of Iranian oil while minimizing the burdens on the rest of the world.”

The Pivot Toward Asia

Or, as Sarah O. Ladislaw, senior fellow at the Center for Strategic and International Studies puts it, the new energy reality has given the US more global leverage – a point exemplified by our changing relationship with China.

China is becoming increasingly dependent upon imported energy. Between now and 2040, the EIA predicts a fall in US oil imports from 9.5 million barrels per day to 6.9 million, while China’s rises from 5.0 million barrels to 14.2 million. Although Beijing appears to be on the cusp on signing a landmark deal to buy natural gas with Russia, China’s energy demands still represent a strategic vulnerability. And Washington seems to be exploiting that.

Read more in our coverage on China’s energy situation.

Under the Obama Administration, US policy toward China has shifted from attempts at cooperation to pushing back against Chinese assertiveness and challenges to international laws and norms.

The Administration’s pivot toward Asia – its formal recognition that the dominant issues of the 21st century will be decided in that region – includes a shift in the deployment of American military and diplomatic efforts from Europe and the Middle East to the Asia-Pacific arena. But so far, this is essentially a naval strategy, with US Navy assets being reallocated from a 50/50 distribution between the Atlantic and Pacific to a 40/60 distribution favoring the Indian Ocean and the East and South China seas.Interestingly, these are the waters through which China receives its imports.

Speaking before the United Nations General Assembly last September, President Obama assured the world that the US will continue to patrol the Strait of Hormuz and other shipping lanes, choke points and major producer regions in order to “ensure the free flow of energy from (the Middle East) to the world.”

“Although America is steadily reducing our own dependence on imported oil, the world still depends upon the region’s energy supply, and a severe disruption could destabilize the entire global economy.”

The undercurrent of his message, at least to China, may have been this: You are becoming more reliant on imports and have to rely on supply routes that are controlled by the US Navy.

In other words, in this realm, the US has the upper hand.