Will the US Shale Revolution Overthrow the Tyranny of High-Cost Energy?

by Dan Eberhart
global gas prices, pain at the pump, shale supply shock
Comments are off 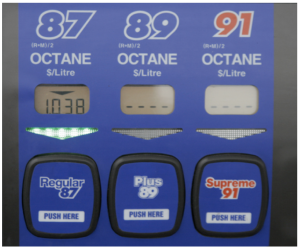 We Americans grumble over “the pain at the pump” and bemoan the high costs of heating and cooling our homes. Compared to many places in Europe and Asia, though, we’re getting off fairly easy. For example, the current price for a gallon of “petrol” in Great Britain is hovering at about $8, while the Norwegians, Dutch, and Italians are shelling out almost $10 a gallon.

Clearly, many factors impact global markets. But even though fuel doesn’t come cheaply here, the US “shale revolution” may well have kept America’s energy costs from mirroring the skyrocketing prices overseas.

European gas prices have climbed much higher, much faster.

According to Daniel Yergin, Pulitzer-Prize winning author on fuel, finance, and global power, “Given abundant supply, US gas prices have fallen to a third of those in Europe, while Asia pays five times as much. Tight oil, produced with the same technology as shale gas, is boosting US oil production as well, with output up 56% since 2008 – an increase that, in absolute terms, is larger than the total output of each of eight of the 12 OPEC countries.”

Our future prospects for expanded oil and gas potential are extremely promising: Shale gas currently makes up 44% of domestic natural gas production, and the International Energy Agency predicts that the next few years will see the US overtaking Saudi Arabia and Russia to lead the world in oil production.

Dr. Charles Wolf Jr., a senior research fellow at the Hoover Institution, and senior economic adviser and corporate fellow in international economics at the RAND Corporation, sees the US transforming from its former role as the largest energy importer on the “demand side” to a major force the “supply side.” And our shale production will be for our own use as well as for export, leading to huge repercussions on pricing in the oil and gas market.

Economist John Hawksworth, head of Macroeconomics for PricewaterhouseCoopers UK, makes the case that this increased shale supply will result in lower global oil prices, which “could have a major impact on the future evolution of the world economy by allowing more output to be produced at the same cost.”

So while the US might appear to be unique in reaping the benefits, the shale revolution and its economic ramifications are certainly not limited to American shores.

Technology Induces the Revolution Around the World

The US Energy Information Administration and US Geological Survey assessed the top shale resources in May 2013.

Consider China, the third largest player in the shale game after Russia and the US, and their ongoing efforts and investments to expand global oil and gas supplies (especially in Africa). The Chinese government has upped budget allocations for continued development of natural resources and infrastructure. A full 42% of current Chinese subsidized projects are related to fossil fuels, and are expected to come online over the next four to five years, adding exponentially to the supply of fuel in global markets. Should China continue on its current path of development, Dr. Wolf asserts that oil and gas prices worldwide are likely to plummet: “A 50% decrease from current prices would not be implausible.”

As we’ve investigated in a previous blog, though, these other countries are just beginning to develop their shale deposits. Even China has posted limited success to date. So while shale might not necessarily be “the shot heard round the world” in terms of global production, its reverberations are definitely being felt ‘round the world.

Some analysts believe that new extraction techniques will both slash production costs and escalate production volumes. In fact, John Llewellyn, the former head of international forecasting at the Organization for Economic Co-operation and Development, believes that most price forecasts seriously underestimate the impact that these ever-advancing technologies extraction techniques will have on supply. His prediction? Thanks to these dramatic advances in technology, US shale drilling could cut the price of oil by half within the next decade.

In addition, the global boom in large-scale regional fracking may also drive worldwide fuel prices down, as traditional methods of O&G exploration become less economically viable in comparison. A PricewaterhouseCooper’s report suggested that, by 2035, fracking has the potential to keep oil prices 40% lower than previously forecast.

The technologically induced burgeoning of supply seems to correlate to a direct impact on global fossil fuel prices. Daniel Gallington, senior policy and program adviser at the George C. Marshall Institute, postulated that factors of supply and demand might lead to increased US output that could push the global spare capacity in excess of 8 million barrels per day. As a result, OPEC would forfeit control of global pricing, and the cost of crude oil would drop sharply.

Sounds like a step in the right direction, no?

Not so fast, Gallington cautions: “Such a drop would take a heavy toll on many energy producers who are increasingly dependent on relatively high energy prices to balance their budgets.”

We’ve also heard tell, from a 2013 International Energy Administration report, of the impending US shale-induced “supply shock” that will “cause oil companies to overhaul their global investment strategies, but also reshape the way oil is transported, stored and refined.”

IEA Executive Director Maria Van Der Hoeven warned of a significant shift in the balance: “As companies rethink their strategies, and as emerging economies become the leading players in the refining and demand sectors, not everyone will be a winner.”

Van Der Hoeven cites a transformation of the global product supply chain, in which “new non-OECD mega-refineries are challenging OECD refining economics, at least beyond the US” as a factor in who will come out ahead. “[This] expanding reach is accelerating the globalization of the product market,” she says. “With it come the benefits of greater market flexibility in the dispatch of product supply, but also longer supply chains, higher reliance on stocks to meet demand, diminished visibility in inventory levels, increased disruption risk levels, increased disruption risks, reduced market transparency, and possibly greater price variation between key markets, and also between seasonal peak and troughs in demand.”

But Leonardo Maugeri, Roy Family Fellow at the Harvard Kennedy School’s Belfer Center for Science and International Affairs, counters this argument. His discussion paper, “The Shale Oil Boom: A US Phenomenon,” states that even in the event that oil prices continue to fall over the next few years, the US will likely continue to import oil from OPEC and other international sources.

“Conventional wisdom says that if the United States drops its oil imports to 25% of demand, the oil will come from North American sources. This scenario is price dependent,” Maugeri says. “If the marginal price of oil drops, the cheapest oil will be from the Middle East, and oil from Venezuela and Canada will be more expensive.”

Passing Along the Savings – or Passing Us By?

For economies that depend up to 90% on oil, some “petro states” need prices to remain at $110 or $120 a barrel function. America, however, has a much more diverse economy. Lower oil prices are actually a boon to consumers at more places than the gas pump.

As the price of oil and gas declines, retail sales traditionally improve and industry expands, thanks in part to lower costs for the transportation of goods. Likewise, as aviation fuel becomes less costly, the price of airline travel drops, and the vacation industry enjoys an uptick. When the cost of food goes down, consumers can afford to go out to dinner at a restaurant, as well as pay for the sitter, and so on.

While consumers might rejoice at these short-term savings, there could be downside to cheap oil and gas: If crude prices fall below a certain level, some warn that the narrowing profit margin for traditional oil production could have a chilling effect on operations in places such as the Permian Basin: Should the per-barrel price drop under $70, many operators in the area say production would no longer be cost effective. They’d have to consolidate, if possible – or simply shut down.

But shale could yet tally a win, as Maugeri points out. Compared to traditional oil and gas production, shale oil production is faster and less expensive to start up, and, due in part to a shorter well life, easier to halt in response to shifting market conditions. “New wells come online all the time, and can be brought offline if the price of oil falls,” he says. “It is comparatively easy to stop shale oil production as opposed to conventional oil — especially offshore. Traditional oil production requires a higher upfront cost, and wells generally have a longer production life (30 years).”

Will Prices Level Out?

While the general consensus is that increased shale oil production will result in lower prices for oil and gas – at least in the days ahead – some analysts offer theories that downplay the potentials for easing our “pump pain.”

Hawksworth notes that the major global impact of lower oil prices will be a slow realization to “build up gradually, as shale oil production rolls out across the world to produce an estimated rise in global GDP of around 2.3% to 3.7% in 2035 (or roughly equivalent to adding an economy the size of the UK to total global GDP in that year).” So, let’s not hold our collective breath.

Veteran economist and oil analyst Phil Verleger hypothesizes that lower prices and abundant supply do not necessarily go hand in hand. He posits that, as US shale momentum continues to grow, more global refineries will go bankrupt. The result? Local sources could dry up, and end consumers could no longer afford the resulting inflated gas prices.

Another argument weaves in a bit of human nature: Simply put, consumers and producers alike get used to price levels. Biologists will tell us that acclimation occurs in a short period of time (just days to weeks!) – and in the case of our energy needs, we prove this in how quickly we adapt to constantly changing prices. Once prices have been inflated to a certain level, they are unlikely to drop significantly – regardless of the abundance of the supply.

Major disruptions (both manmade quandaries and results of unavoidable natural disasters) will always be part of the cause-and-effect equation that dictates energy prices. For the most part, however, many analysts hold that the market has become so stable — thanks in large part to the US shale gale — that price volatility is a non-issue.

Charles Wolf, Jr. is the Distinguished Chair in International Economics, a senior economic advisor, and a professor at Pardee RAND Graduate School. Wolf, who served as a foreign service officer with the US Department of State during the late 1940s and early 1950s, also is a senior research fellow at the Hoover Institution at Stanford University and is on the advisory board of the Center for International Business and Economic Research at the UCLA Anderson School of Management. In 2007, Wolf received the Order of the Rising Sun, Gold Rays with Neck Ribbon, Japan's highest honor for members of academia.