More than Meets the Eye: US Shale Revolution Transforms the Competitive Landscape in Europe 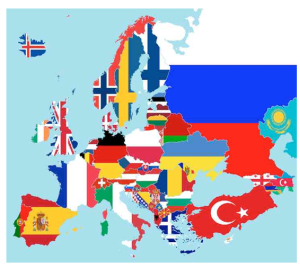 Today’s shale revolution goes well beyond an increased supply of energy at home.

Granted, the energy changes taking place in the US have not necessarily been good news for the “petro-states.” Nations that rely on petroleum production to support their economies are never happy to see a dominant new player in the market. They can’t be happy to see their imports to the US dwindling, either.

A number of European nations, on the other hand, stand to benefit immensely from our shale revolution.

“It’s already had an impact – not only in Europe, but globally,” says Kenneth Medlock III, Senior Director of the Center for Energy Studies at the James A. Baker III Institute for Public Policy. “The growth of shale production in the United States basically turned around vertically integrated projects being developed all the way back to the wellhead in places like Qatar, Angola, the Middle East, and Africa that were targeting offtake in the United States.”

Essentially, the proliferation of shale products has allowed us to ease our dependence on importing petroleum and petroleum-based products. And we’re evolving from being a major importer of natural gas to moving toward the role of exporter. Some US natural gas is exported to Canada and Mexico via pipeline now, and proposed facilities would export to Asia and other continents. These billion-dollar liquefaction terminals condense natural gas into liquefied natural gas (LNG) by cooling it to about 260 degrees below zero before shipping it via tankers.

More than 30 facilities have applied for US Department of Energy permission to export to countries that haven’t signed a Free Trade Agreement with the US. Since May 2011, six of them have received conditional approval. And one, Houston-based Cheniere Energy’s Sabine Pass Liquefaction terminal in Cameron Parish, Louisiana, has received the final construction go-ahead from the Federal Energy Regulatory Commission. It’s slated to begin operation next year.

“If you go back to 2003, for example, there were 47 terminals that had received certification to import liquefied natural gas,” Medlock said during a recent phone interview. “In a decade, we’ve completely turned that around, and that’s all because of shale.

“By displacement, we basically released those volumes back into the global market. That’s started to have a real impact on the state of contract negotiations between European buyers and [Russian gas giant] Gazprom.”

Getting Out From Under Russia’s Thumb 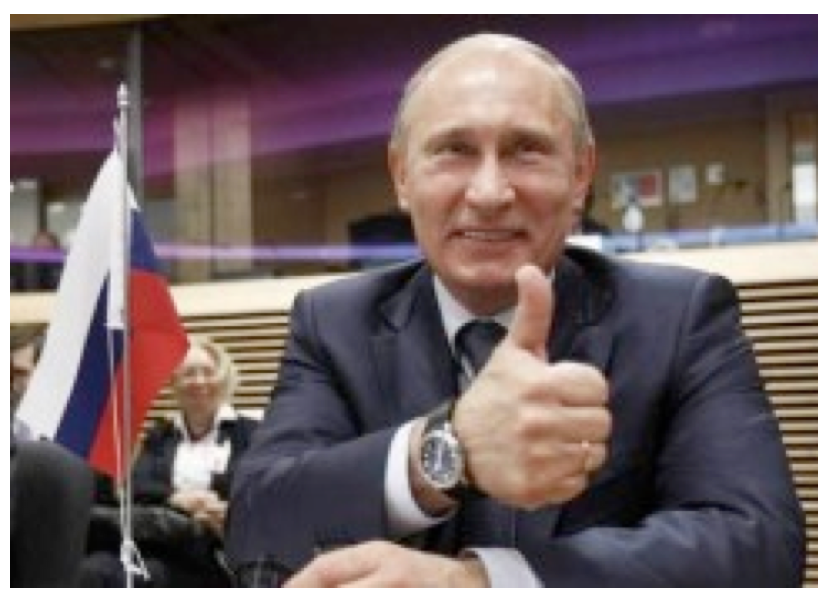 Currently, Europe imports about 80% of its oil and 60% of its natural gas, fully one-third of which comes from Russia alone. And some Eastern European countries import even more.

For years, this dependence on Russian energy has enabled this superpower to bully consuming nations by limiting their access to natural gas. But now? Not so fast… With the influx gas from different sources – namely from US shale fields – these bully tactics might become a thing of the past.

The idea of lessening Russia’s dominance in natural gas exports has taken on a new sense of urgency in light of Russia’s aggression against Ukraine and its takeover of Crimea in early spring 2014. Read our in-depth analysis of this situation. But, indirectly, shale might now be giving European nations a stronger position at the Russia-dominated bargaining table.

“The US spot market has shown the world that natural gas does not have to be tied to oil prices and has allowed European natural gas importers to renegotiate the terms of their long-term contracts with existing suppliers,” said Kristine Berzina of the Latvian Institute of International Affairs. “ In 2012, Italy’s Eni, Poland’s PGNiG, and Germany’s E.ON obtained more favorable terms with Gazprom. Though a blessing for Europe, the renegotiations cost the Russian company $4.2 billion in pretax earnings.”

Berzina envisions far-reaching implications if the US starts exporting its cheap natural gas to European markets – a scenario that she believes could become reality by 2018. “The US Department of Energy has already approved two LNG export projects to ship its new gas bounty abroad, and more approvals are possible in the coming year. Although much of the gas is expected to go to more profitable Asian markets, European buyers have already signed up for American supplies. In March, Centrica, a leading UK utility, contracted with Cheniere Energy for 1.75 million metric tons of gas annually for 20 years from the Sabine Pass LNG terminal in Louisiana.”

By displacement, Medlock said, US gas volumes will be affecting the European gas market.

“The really important thing in all of this is: it’s not being driven by a policy. It’s really being driven by commercial interests trying to “capture the flag,” so to speak, to get the highest price they can. They make investments to try to move into the market, and what that does is it releases volumes and changes the competitive landscape.

“That, long-term, is the biggest threat to Russian dominance in the competitive market.”

Asia’s Demand Could Play out Nicely for Europe

In a roundabout way, Europe may also benefit from our LNG exports to Asia as well.

“One of the reasons that prices in Asia are so attractive for export volumes is that you have a constraint on the ability to deliver supply to a high-volume market,” said Medlock. “It’s what you see in the US market all of the time.”

The harsh winter in the Northeast is a perfect example. Prolonged, extreme low temperatures drove up demand for gas, which was moved into the region by pipeline. “When you run out of pipeline, prices tend to blow out,” said Medlock, who saw natural gas prices spike to $100 (a million BTUs) in Boston during that time, while they held below $5 in warmer regions of the country.

“It’s exactly the same for the Asia,” Medlock continued. “When the US starts to export LNG into that market, you’re going to alleviate that constraint, and the prices in Asia will drop pretty dramatically. That also is going to push Middle Eastern cargos back into Europe, and so you’re going to have more intense competition for European market share between LNG suppliers and Russia.”

Startling differences in energy prices could be nearing an end.

Increased supplies of natural gas on the global market could have a significant impact on European energy prices as well – and their stature as a worthy global adversary.

The easy availability of shale gas has played an important role in lowering the US electricity prices – and widening the gap between the US and European gas prices. Consider this: In 2012, industry gas prices in the US were about a quarter of those in the EU. Real electricity prices in European countries increased 37% between 2005 and 2012, while those stateside actually dropped 4% during the same time period.

This current price differential between Europe and the US is a serious problem that’s been undermining Europe’s ability to compete globally. Johannes Teyssen, the chief executive of German utility E.O said during a fall 2013 interview with the Financial Times that heavy industry might even be forced to quit Europe.

But shale might be just the opportunity to turn that dynamic around.

The European Commission expressed optimism in January over a narrowing price differential between North American and European gas. “European prices will get closer to North American ones, as soon as shale gas imports will be available,” Natural Gas Europe reported.

As columnist Judy Dempsey noted last October, “With the present market glut—another effect of US shale gas—Europeans can shop around for gas, especially liquefied natural gas (LNG) imports from Qatar and other countries. Such competition is finally severing the traditional link between oil and gas prices.”

A Shale Gale to Call Their Own? Unlikely…

A number of European countries have shale gas and oil reserves of their own, but analysts have quashed the enthusiasm. A variety of factors make it unlikely that Europe will experience the kind of shale revolution taking place in the US.

“Compared to the US, Europe’s energy service industry and rig counts are much smaller; its geology – and land access – are less accommodating; public acceptance is less of a given; urban density is far higher; and environmental regulations are more stringent.”

In fact, some 50 exploratory shale wells have been drilled in all of the EU so far – compared with the 130 US shale wells drilled each month in the decade up to 2010. And the county with the largest European reserve – France – has banned the process of hydraulic fracturing (“fracking”) for extracting the gas due to environmental concerns.

“While Europe retains deep environmental concerns it also acknowledges that with the price of gas in the United States just a third of that in Germany, its industry is already suffering the effects,” a February 2013 Reuters article notes. As such, European Union Commissioner Guenther Oettinger said last year that Europe should at least get in a position to produce enough shale gas to replace its shrinking conventional gas reserves and ease its dependent on imports.

And Poland, at least, is clearly getting into position. There is intense interest in fracking in Poland, which has one of Europe’s largest shale reserves. The nation stands to gain much ground by developing its own shale – from billions of dollars in foreign investments to hundreds of thousands of jobs to boosting its chemical sector. Poland could even grow into an exporter of natural gas – a move that would not only reduce its dependence on Russian fossil fuels but also reinforce its ties to the US.

“Europe is working very decisively to reduce its energy dependency,” Jose Manuel Barroso, president of the European Commission, said in March during an EU-US summit in Brussels. US shale gas could play a role in easing that dependency – but it’s going to be slow going, Clifford Krauss cautioned in an April piece in The New York Times.

“While Ernest J. Moniz, the energy secretary, recently suggested that his department was likely to take foreign policy interests more seriously in its deliberations on future terminal approvals, only one new facility has received provisional approval since Russia moved to annex Crimea,” Krauss said. “And that one, in Coos Bay, Ore., is aimed at exporting to Asia and will require roughly five years to complete the regulatory process, acquire financing and be constructed.”

On the other hand, 3,000 workers are building a terminal that will send American natural gas around the world by the end of next year. By 2017, the Cheniere Energy facility could handle roughly one-sixth of the gas that flows from Russia to Europe every day.

“Cheniere’s Louisiana terminal may not be Europe’s immediate rescuer, but it does exemplify a revolution in the global gas market that promises to help Europe,” Krause said.

Whether Europe moves toward producing its own shale products or simply makes the most of its newfound negotiating power in the global market, it’s clear that the US shale revolution is having an impact across the ocean.

Kenneth Medlock III is the James A. Baker, III, and Susan G. Baker Fellow in Energy and Resource Economics at Rice University’s Baker Institute and the senior director of the Center for Energy Studies, as well as an adjunct professor and lecturer in the Department of Economics at Rice University. He is a principal in the development of the Rice World Natural Gas Trade Model, aimed at assessing the future of international natural gas trade. He also is the vice president for conferences for the United States Association for Energy Economics (USAEE) and previously served as vice president for academic affairs. Medlock has served as an advisor to the US Department of Energy and the California Energy Commission in their respective energy modeling efforts.
Link