Around the Water Cooler: The Need-to-Know in Shale This Week

An annual review from the Saudi Arabian Oil Company cited today in a Bloomberg report states that the country’s natural gas reserves rose from 285 trillion cubic feet in 2012 to 288 trillion cubic feet in 2013. The state-run oil company credits the increase to shale gas exploration in the Red Sea. This new fuel will be funneled toward domestic use, freeing up more traditionally sourced fuels for export. (Read more)

May 14: US Shale Boom Sends Crude Output to 28-Year High
In data just released by the Energy Information Administration (EIA), US crude output went up by 78,000 barrels a day to a total of 8.428 million. It’s the largest such increase since 1986. In the EIA’s monthly Short-Term Energy Outlook, it’s reported that “crude output will average 8.46 million barrels a day this year and 9.24 million in 2015, up from 7.45 million last year,” and says next year’s projection “would be the highest annual average since 1972.” (Read more) 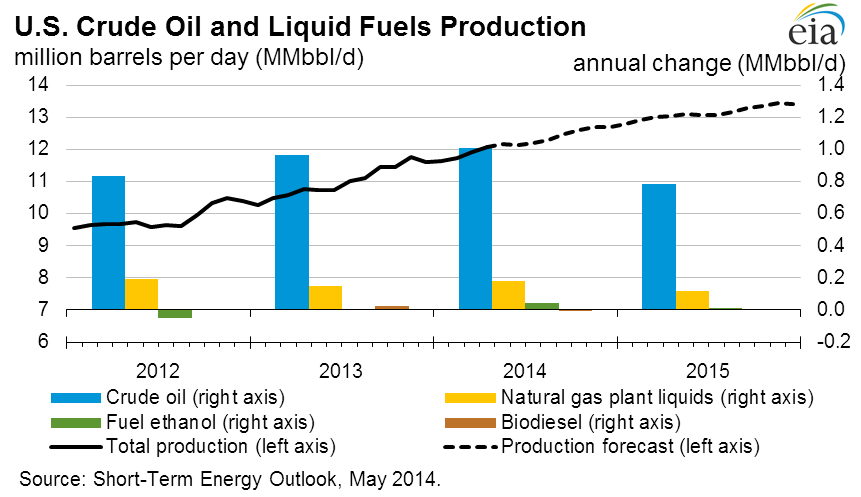 A story from this week’s Times-Picayune reveals that Canadian firm, Encana will continue efforts in the Tuscaloosa Marine Shale play. While Encana recently divested a substantial portion of its portfolio in the 2.7-million-acre play (estimated to hold more than 7 billion barrels of oil), company spokesmen confirm plans to move forward with explorations, “on a smaller scale.” (Read more)

If things go according to schedule, the independent UK energy company Cuadrilla will be hooking up fracked shale gas to the British power grid by sometime next year. While the company faces opposition from some landowners refusing permission for drilling to be conducted under their property, according to an article in The Telegraph, the pro-fracking government plans to give companies “an automatic right to drill.” (Read more)

May 9: IGas Acquisition Spawns Industry Gargantua
As reported by The Guardian, an estimated $200-million-plus-dollar deal, British IGas swallowed up its competitor, Dart Energy, to create “a combined portfolio covering one million acres of potential fracking land.” The timing of the merger closely preceded a wave new licenses being offered by the British government to encourage further development of the English shale gas industry. (Read more)