Will Shale Shield Us from Price Spikes in the Global Energy Market?

Historically, petroleum markets have been notoriously volatile. Natural gas prices even within the last decade have seen dramatic rises and falls. Oil prices have been known to surge at the slightest hint at a disruption in production. 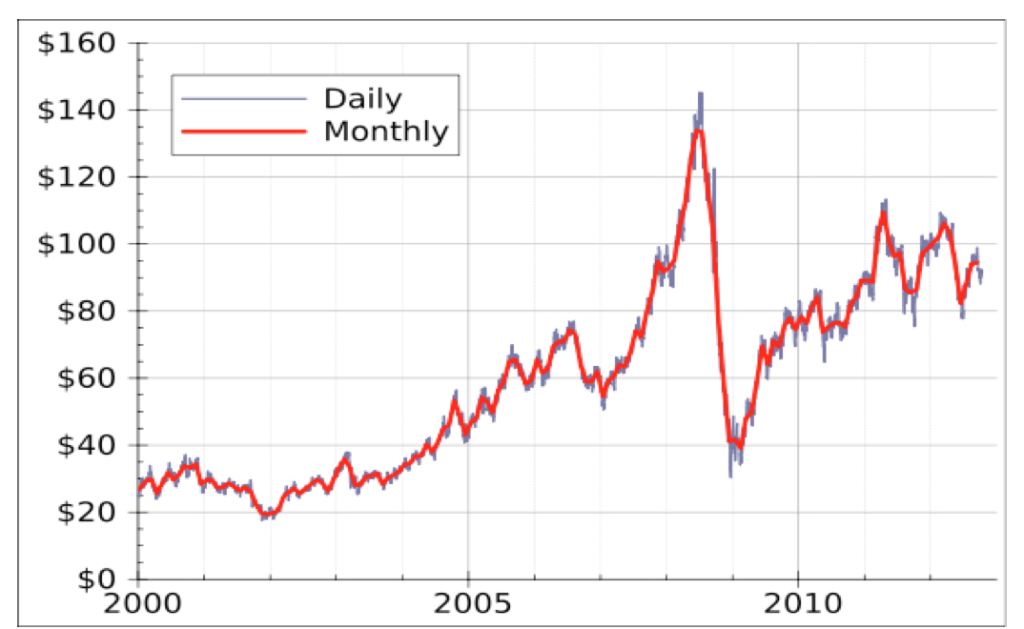 But the US shale revolution has brought domestic oil and natural gas production to levels that we haven’t seen in decades. Oil production in Texas and North Dakota alone made up 83% of US production growth last year, and some estimate that West Texas oil production could soon rival Kuwait.

As for shale natural gas, it represented 27% of the country’s total natural gas production in 2010 – and that percentage is expected to increase to 43% in 2015 and 60% by 2035, America’s Natural Gas Alliance estimates.

Is it possible that the many benefits of the US shale revolution include a stabilizing effect on domestic – and possibly even global – energy prices? Some argue that while shale products undoubtedly are boosting the US economy, petroleum product prices are too closely tied to global market forces to be impacted by the ample supply of shale products now on the market. On the other end of the spectrum, however, are analysts who are optimistic that shale fuel supplies could indeed be an antidote to dramatic price spikes.

Natural Gas Spikes: On Their Way Out?

Brian Youngberg, an energy and utility analyst with Edward Jones, is confident that natural gas price surges are a thing of the past. “The days of natural gas spiking to levels like we saw a few years ago are not going to be repeated,” he said. “Shale natural gas has … totally changed the industry.” 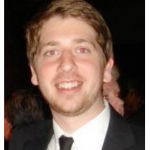 Stephen Stapczynski is a policy and public affairs associate with global trading company Sumitomo Corporation of America. He is confident that the U.S. shale revolution will indeed protect this country from natural gas price spikes. “We have such an abundance of gas that, working in the industry, no one really is worried about natural gas prices going up, not like they had 10 years ago, 15 years ago, 20 years ago. There’s just so much of it, and we’re able to tap it.”

The price volatility of the past was tied to limited supplies, Stapczynski said, and the need to import natural gas from other countries. That need no longer exists.

The US also has infrastructure in place to get natural gas where it needs to go, Stapczynski said. “We have such a comprehensive network of pipes in the United States. If you’re extracting gas from the Marcellus Shale (in Pennsylvania), you can easily get it to Texas. You can get it to the Midwest. You can even get it to California.”

It’s true that the US has a considerable network of pipelines – just read our in-depth analysis “Can Pipelines Drive US Energy Independence?”. Unfortunately, our infrastructure needs some serious work.

James McCallum, CEO & chairman of the LR Senergy Group, cited a recent example of these infrastructure shortcomings: Even though shale production made up nearly half of the domestic natural gas output in 2013, natural gas prices still spiked in the northeastern US during the recent winter on steroids it experienced.

“The problem wasn’t a lack of supplies,” McCallum said. “The real issue was that much of the gas wasn’t available where it was needed most.”

Pipeline constraints stood in the way of getting natural gas to the consumers who needed it in New England. As a result, natural gas prices in the Northeast last winter jumped 20 times above the prices in the South, where fewer bottlenecks exist in the regional gas distribution infrastructure.

“Despite unprecedented gas production levels from shale reserves, the resource simply can’t be made available all over the country all the time,” McCallum said. “To be sure, shale gas developments in the US have revolutionized the local energy sector in a way that few would have expected only five years ago. But with US gas demand set for further growth in coming years on the back of higher usage in transport and industries, more pipeline exports to Mexico, and planned liquefied natural gas (LNG) shipments to Asia and Europe, the infrastructure bottlenecks need to be resolved urgently if the country as a whole is set to reap the benefits of the shale boom in the form of cheap and widely available gas.”

Stapczynski doesn’t see the US shale gale’s ability to hold natural gas prices steady translating very well to oil prices. “This (US shale oil production) is just a drop in an enormous bucket. There are other countries with just so much more.”

While politicians on both sides of the aisle talk about the benefits of domestic oil production and energy self-sufficiency, price control just isn’t one of those benefits, Stapczynski says. “The price is set to a global standard. No matter how much oil we produce, unless we’re producing more to offset what’s happening in Saudi Arabia or other countries in Central Asia and the Middle East, there’s no way the price will be affected.

“But what (domestic shale oil production) does do is it creates jobs. It creates a lot of jobs and good jobs. So it is good to produce oil in that aspect. It will boost our economy, but not because of a lower price.”

Energy analyst and consultant Chris Nelder supports this viewpoint – and even predicts a gradual decline of shale or “tight oil” production in coming years. “I believe the majority of analysts have gotten carried away with the US tight oil euphoria and are underestimating global demand growth… I am also sticking with my forecast that in late 2014/early 2015 the ‘Goldilocks’ period of relatively stable prices we have enjoyed since 2010 will come to an end, kicking off another phase of volatility as oil tries to re-price higher to accommodate the rising share of expensive unconventional oil. Therefore, I am breaking with the crowd and forecasting higher, not lower, oil prices.”

Oilprice.com writer Joao Peixe agrees that shale oil production is not likely to make the country completely immune to global price volatility. But he does believe it can provide a short-term port in times of storm. “For the first time in 50 years, the US is not as worried about disruptions to the oil markets and potential short term spikes in price, resulting from conflict in the Middle East, as domestic production, driven by the shale boom, is at a 20 year high,” Peixe writes. “Massive success in fracking means that the US relies far less on foreign imports, and the Wall Street Journal points out that the US now has enough crude oil to supply itself for 269 days without imports; up from 150 days just five years ago.”

Will “Captain America” Shield the World? 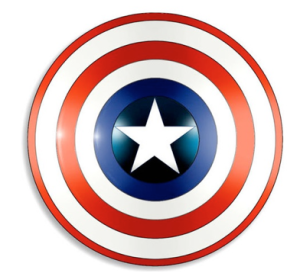 After all this chatter about protecting ourselves from global price hikes, what about the converse? Can the US shield the world from dramatic price spikes and energy shortages?

It just might take less oil than one would imagine to make a difference, both stateside and on a global scale.

A Fitch Ratings report released earlier this year says US oil fields like Eagle Ford Shale in South Texas, the Permian Basin in West Texas and the Bakken Shale in North Dakota have pushed up domestic production by 3 million barrels per day since 2008.Fitch says that increase – although it represents only 3% of the world’s consumption – is sufficient to impact world oil prices: “All oil-consuming countries benefit from the stabilizing effect of increased US output on world oil prices. This is the benefit of energy interdependence — the linkage of US and world oil markets through reduced imports of crude and increased exports of products.”

And there already is evidence that the increased shale oil supply is shielding the world from the effects of situations that, in the past, could have been catastrophic. Just consider a few examples:

Saudi Minister of Petrol and Mineral Resources, Ali Al-Naimi, recently made a case for shale oil contributing to stabilizing world prices. “We never believed in the peak oil production cycle, and we don’t believe in swimming of seas of shale oil either, but we do believe that clients feel safer, if they have alternatives,” the oil minister told The Peninsula Times. “Shale oil and natural gas have given the US a push in their manufacturing industry, and we believe that this alternative energy resource will increase price stability in the global market because acute price fluctuations don’t help anyone.”

Matthew Philips of Bloomberg Businessweek makes an even stronger case for the shale oil’s impact on global prices. “It’s hard to overstate the impact that rising US oil output has had on global energy trade. Imports now make up only 28% of all the petroleum the US consumes, down from 60% in 2005. In 2010, the US was importing about 1 million barrels a day from Nigeria; now it’s 38,000. Much of the oil the US used to import now goes to Asia. That’s helped keep markets well-supplied and prices immune from turmoil.”

In an interview, author and former Energy Information Agency administrator Jay Hakes presented a somewhat different perspective. He is convinced that energy price volatility is an unavoidable reality anywhere there’s a market economy – but the news isn’t all bad. “A price shock isn’t the same thing as an economic shock,” Hakes said. “If oil is a huge part of your total consumption or total economy, and you don’t produce oil, then you get this huge economic shock when there’s a price spike. However, if you’re a producer of oil as well as a consumer of oil, and your cars aren’t wasting oil, then you can have a price shock, and you don’t automatically get a recession.”

The full degree of shale production’s ability to hold off price spikes domestically and internationally remains to be seen. But so far, it’s obviously making energy price spikes a rarer occurrence.

Stephen Stapczynski, a public affairs associate at Sumitomo Corporation of America, is a close follower of global energy issues. He also is the author of the Izakaya Politics blog on Japanese politics and US-Japan relationships. Link