Looking for the Next Shale Boom: South African Unconventional Energy?

In honor of Africa Oil Week, November 3-7, 2014, Canary, LLC is taking a closer look at Africa’s rapidly changing oil and gas landscape. Our blog this week will feature two posts about the oil and gas opportunities that several African nations are poised to offer.

In some ways, it’s not a bad problem to have: South Africa’s economy has been growing so quickly during the last two decades that its energy sector has been struggling to keep up with demand.

Since Apartheid came to an end in 1994, South Africa has become one of the most developed nations in Africa – and one of the continent’s largest economies.

The trouble is, the country’s mostly coal-powered electricity plants are falling short. As recently as early November 2014, South Africans were told to expect nationwide rolling blackouts due to a loss of capacity at Eskom’s Majuba power station in Mpumalanga.

The loss of capacity came after the collapse of a coal storage silo at Majuba. Energy expert Chris Yelland blamed the blackouts on delays in the completion of the Medupi and Kusile power stations. “The reality is that these two power stations are running four years late,” Yelland said. “As a result of this, Eskom has been forced to reduce its usual maintenance regime because it simply does not have enough excess capacity for maintenance.”

Then there are the environmental concerns associated with coal. South Africa has become the leading carbon dioxide emitter in Africa and the 14th largest in the world, according to US Energy Information Administration (EIA) reports. 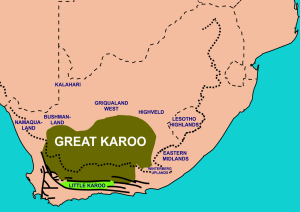 The Karoo region encompasses a large swath of South Africa.

These are just some of the reasons why the South African government is so hopeful about a new energy resource within the country’s reach: shale gas.

The EIA estimates that South Africa has about 485 trillion cubic feet (Tcf) of shale gas resources in its semi-desert Karoo region between Cape Town and Johannesburg. The Petroleum Agency of South Africa (PASA) has come up with a lower number, about 40 Tcf.

In either case, these resources represent real opportunity to give South Africa the reliable energy system it needs – protecting the country’s economic growth and laying a foundation for more.

On the Side of Caution

A number of companies have seen the potential in South African shale gas production, too, and they’ve applied for exploration permits there.

South Africa’s leaders, however, have moved forward with extreme caution. From April 2011 until September 2012, the government placed a moratorium on shale-gas exploration while it worked to develop fracing regulations. In July of this year, a South African environmental group called for yet another moratorium on fracing.

In this, though, it appears that South Africa’s unconventional energy segment took a small step forward: The government agreed in October to start processing exploration permits – at least a limited number of them.

Of course, there’s no word on how long that will take.

Inevitable Exploration on the Horizon

Despite the hemming and hawing, some analysts predict that South Africa will swing toward fracing.

It’s not surprising that there’s interest in recreating America’s shale gale beyond US borders, Darren Spalding, a London-based energy attorney with Bracewell & Giuliani, said in a recent interview. “The eyes of South Africa – and the rest of the world – have been on the US for the past few years as we have seen a tremendous boon to their economy attributable to shale gas production,” Spalding says. “It is inevitable that other countries, including South Africa, will look to replicate that success.”

Before that happens, a number of items need to fall into place. Most importantly, Spalding said, is whether or not the rocks work.

“Outside of the US, shale gas drilling is in its infancy and it is too early to tell whether South African geology can match expectations.  Secondly, the regulatory environment needs to be sufficiently certain for explorers to take comfort. Finally, a battle of the hearts and minds of the general population needs to be won – there is a segment of the community that have concerns over the environmental impact of fracing.”

While the South African government’s October decision to process exploration permits is considered a small victory for shale gas proponents there, PASA has made it clear that it would only process pending applications received before February 1, 2011. It will not consider new applications until South Africa’s mineral resources minister Ngoako Ramatlhodi announces otherwise. It’s unknown if and when that will happen.

“It’s a step forward but it won’t be smooth and there is a lot of work still to be done,” PASA’s legal and compliance officer Michael Thovhakale said.

While some remain concerned about the environmental risks associated with fracking, many others are excited about shale gas production’s ability to create much-needed jobs. Harry Memese, who grew up in the small town of Graaff Reinet in the Karoo, is among them.

“There are 30 youths here where I live, and only two of them are working in my street,” Memese told CNBC Africa. “Fracking is going to help the people get jobs. If you look around our townships, like here in Graaff Reinet, and the rest of the Eastern Cape, people are not working. If you look at the people, at least there is something they are going to earn.”

The economic benefits of shale gas production could be transformative to the country, South African President Jacob Zuma told Parliament earlier this year. “The development of petroleum, especially shale gas, will be a game changer for the Karoo region and the South African economy,” Zuma said.

Shell Oil, one of the first companies to express interest in shale gas production in the Karoo, has committed to investing $200 million in gas exploration in the area. A Shell-commissioned study by Cape Town-based consultancy Econometrix projects that extracting 50 Tcf of gas would add $20 billion, or 0.5% of GDP, annually for 25 years to South Africa’s economy and create 700,000 jobs – a dramatic number for a country facing 25% unemployment.

A Fit for South Africa?

There have been questions raised about whether the shale boom under way in the US would lose something in translation if attempted in South Africa.

First of all, the country lacks a natural gas infrastructure, possibly because there is considerably less gas use in this country than in the US. But this may not be a deal-breaker. Shell is developing new technology, including a mobile liquefaction plant, which could be placed at shale-gas boreholes. After the gas was extracted and liquefied, it would be transported out of the Karoo to other locations.

There’s also the issue of the economic resources necessary for an American-style shale energy boom in South Africa. “The US economy was built on oil and gas,” Cape Town-based writer Saliem Fakir opined in a recent column for AllAfrica. “Think of Rockefeller and you slowly begin to see the relevance of railroads, pipelines and the first T-model automobile that Ford built going back more than a hundred years. All of these were supported by the discovery of rich oil fields in the US. South Africa does not have this advantage and this does influence the economics of shale gas exploration, for a start.” 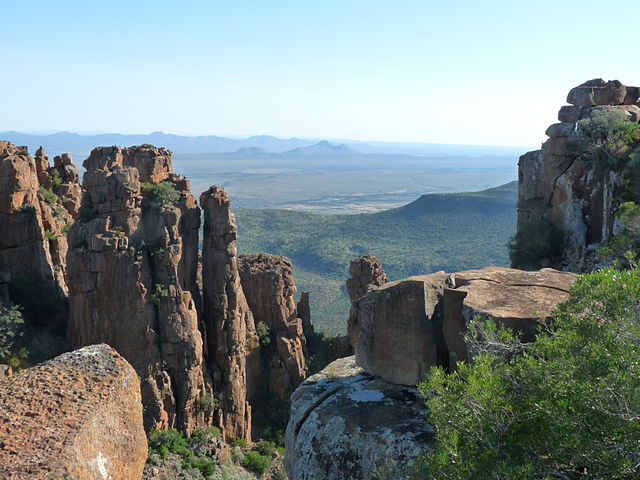 The Valley of Desolation near Graaff-Reinet sports complex terrain.

Geography and depth also matter, Fakir says. “The most productive US wells are at depths that are easy to drill and in hospitable terrain. The deeper you have to dig and the rougher the terrain, like Chinese shale-gas, the costlier it is to extract the gas. Geographic hospitability includes generous availability of water – something that our Karoo simply does not have in any form of economical abundance.”

Some have said that the promise of large-scale job creation through fracking is unrealistic because South Africa lacks the highly skilled, trained workers that would be needed. Initially, at least some workers probably would be imported. But proponents counter that it is very possible for local people to be trained as fracking progressed – putting weight behind the argument of Memese and other residents hoping for work.

While South Africa’s economy and infrastructure are not necessary comparable to those in the US, the African nation does benefit from unique market opportunities.

Unconventional resources could fill the significant energy gap faced in South Africa – and in other African nations. The truth is, about 25 countries in sub-Saharan Africa are faced with low access to electricity or insufficient capacity.

“Some 24% of the population of sub-Saharan Africa has access to electricity versus 40% in other low income countries,” a World Bank fact sheet says. “Excluding South Africa, the entire installed generation capacity of sub-Saharan Africa is only 28 Gigawatts, equivalent to that of Argentina.

“Shortcomings in the power sector threaten Africa’s long-term economic growth and competitiveness.  The cost to the economy of load-shedding is equivalent to 2.1% of GDP on average.”

When Gallup researched sub-Saharan power availability in 2010 and 2011, it found a median of 23% people across 20 sub-Saharan African countries relied on power lines as the main source of light for their homes, compared to a median of 39% who said their light came from fuel lamps.

Though most of sub-Saharan Africans living in urban areas are on electrical grids, Gallup found that this does not necessarily mean access is reliable: “Urban dwellers experience frequent and lengthy power outages. In addition, low river water levels and other issues often prompt authorities in some countries to ration electricity.”

Easy access to shale gas to fuel power plants could go a long way to address these significant concerns and provide a more reliable grid.

Spalding hopes that South Africa doesn’t give up on the promise of shale gas production, despite the obstacles. “These are issues worth solving as the prize is potentially enormous and could be a game-changer for South African energy policy.” 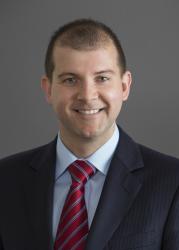 Darren Spalding is a partner with the law firm Bracewell & Giuliani in London, specializing in the energy sector. He advises clients on oil and gas mergers and acquisitions and also in O&G commercial arrangements such as production sharing contracts, joint operating agreements, sales and transportation arrangements, and joint venture issues. Spalding has been recognized in Chambers UK for his work in the oil and gas sector.