The Shale Revolution in One Picture

As the year winds to a close, we’re excited to share a graphic that some have called “The Chart of the Year.”

Deutsche Bank economist Torsten Slok recently distributed this chart that depicts the explosion in US crude oil production over the last few years. In summarizing the graphic, Slok wrote: “The most important reason why oil prices are falling is because of the dramatic increase in recent years in US crude oil production…and US oil production is expected to increase further by 1 mmb/d in 2015 and 0.6-0.7 mmb/d per year in the years to 2020. In other words, expect a continued increase in oil supply going forward.”

This is great news as we head into a great New Year! 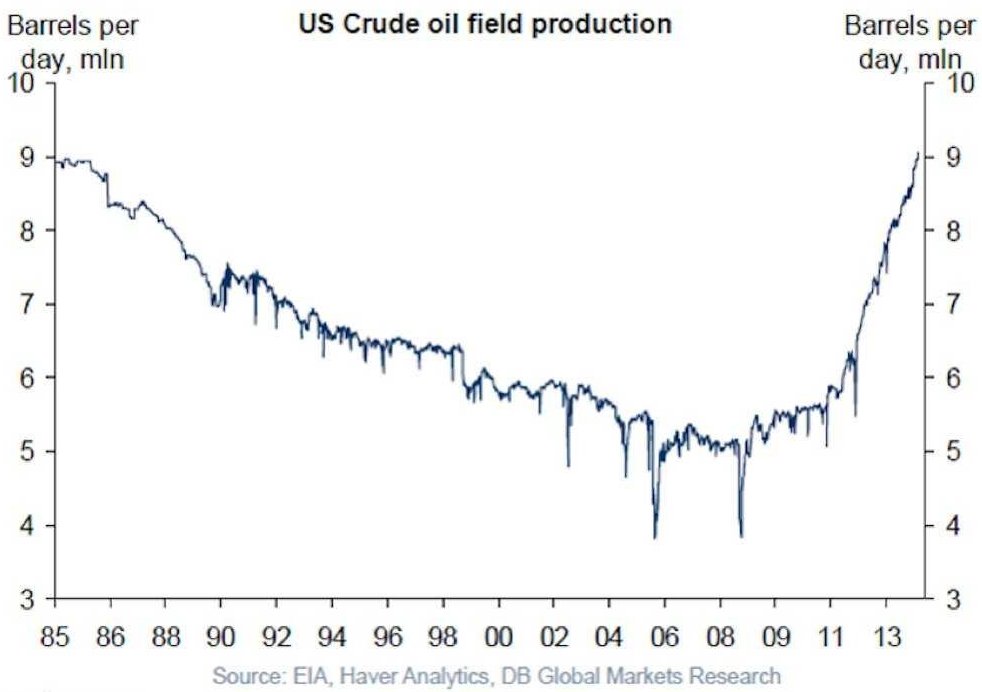