“Net Imports” and “Total Imports” Are NOT the Same

by Dan Eberhart
net imports, total imports, US oil imports
Comments are off

In April 2014, the Energy Information Administration (EIA) released a report that stated net US oil imports could drop to zero sometime between 2035 and 2040. An excerpt from the report read as follows:

“Under the Reference case, the import share of U.S. petroleum and other liquid fuels falls to about 25% during the last half of the current decade before rising again to 32% by 2040. In comparison, the High Oil and Gas Resource case projects that net U.S. oil imports will continue to decline through the mid-2030s and remain at or near zero between 2035 and 2040.” 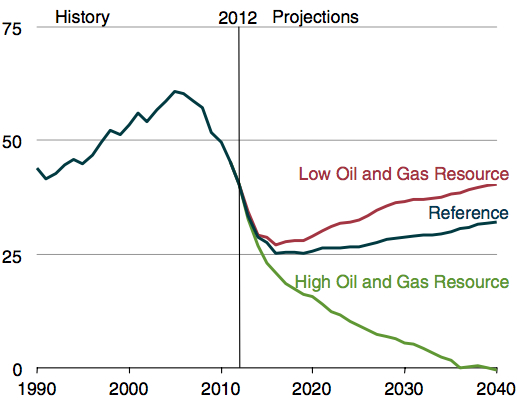 The EIA data shows the percent of net import share of US petroleum and other liquids consumption in three cases, 1990-2040.

In the months following the release of this report, with pressure to lift the crude export ban increasing, these projections drew a great deal of attention, and they were widely reported on by a number of different media outlets. While some of these outlets (mostly ones in the financial sector) accurately cited these figures, many others unknowingly and unintentionally misrepresented them to their audience.

The most common mistake these agencies made when reporting this statistic was omitting the word “net” and simply stating that “US oil imports could drop to zero by 2035-2040”. To a reader with only limited understanding of the topic, this might not seem all that significant, but in reality, it means a difference in hundreds of millions of barrels of oil. Take for example, this story from the Tulsa (OK) World: 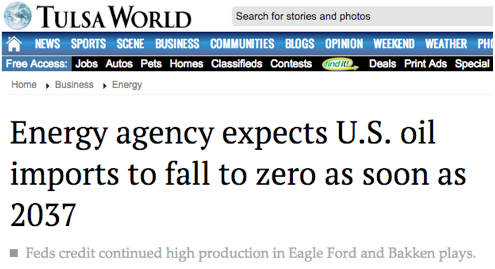 While the article that followed correctly used “net imports” in its lead sentence, the headline was very misleading.

And can you spot the problem in this piece, which came across EnergyWire?

This article actually stated that “energy independence” could be achieved by 2035. It also accurately cited the EIA statistic, indicating that the mistake was not intentional, but rather a misunderstanding by the author of what “net imports” actually means.

In situations like these, when journalists report that US imports will drop to zero by 2035-2040, they are stating that the country will no longer be an importer of any oil products at all, but that’s a far cry from the truth. What the projections actually mean is that by 2035, the volume of oil imports will be very close, if not equal, to the volume of oil exports. It does not mean that the US will no longer be an importer of oil!