The Whiting Refinery operated by BP rises behind Whihala Beach in Whiting, Indiana.

For US oil refiners, the shale oil revolution our country is seeing is a bit of a good news/bad news situation.

The US Energy Information Administration (EIA) announced in June that total US crude oil production had reached its highest point in 26 years: an average of 8.4 million barrels per day (bpd).  EIA expects that number to increase to 9.27 million bpd in 2015, which would represent the highest level of oil production our country has seen since 1972.  The surge in oil production is largely due to the shale energy boom in this country.

Unfortunately, US refineries have limited capacity for the light, sweet (low-sulfur) oil being produced domestically.  Most of our refineries are configured for sour, high-sulfur imports from the Middle East.  (See our post “Light on the Top, Heavy on the Bottom: A Crude Oil Refinery Primer” for a differentiation of crude types.)

Brian Kroshus, publisher of Bakken Breakout, wondered in July 2014 whether our country is reaching its refinery capacity:  “As evidence, the continued buildup of supply of light sweet crude at the US coast may be an indicator that refiners are nearing capacity to process US shale oil at this time.

“While refiners are making investments to increase fuel processing capacity by more than 800,000 barrels of oil per day, it will take time to bring new facilities and improvements to existing ones,” he says.

So, is this country’s new era of energy production in the path of the perfect storm?  Are US refineries up to the challenge of handling the surging tide of domestic crude production at its all-time high?

The answer just might be:  Not yet… but they’re on their way.

For the US to use all of the oil it produces now, more of its domestic refineries will have to make costly investments in distillation towers, furnaces, heat exchangers, and downstream conversion units to enable them to handle more light oil.  Not only are these projects expensive, they’re time consuming.  “Many refinery projects take two years to permit and can take at least two years to build,” Valero Energy told its investors in March 2014.

A number of US refineries made substantial investments in coking units in the 1990s and 2000s in anticipation of more medium- and heavy-grade feedstock, notes Reuters market analyst John Kemp.  “Refiners will make another round of changes only if they expect light grades to stay at a significant discount over the long term, which remains unclear,” Kemp said.

Rising to the Occasion

Nevertheless, some refiners already are opting to reconfigure their refineries or expand their capacity for light oil.

In March of this year, The Wall Street Journal and the consulting firm IHS projected that while US refiners hadn’t built a new plant since 1976, refiners would be adding at least 400,000 bpd to their capacity between 2014 and 2018.  That boost would represent the fuel-making equivalent of constructing a new, large-scale refinery.

“On top of that, plans are in the works for several plants capable of processing the ultra-light oil extracted from the Eagle Ford shale formation in South Texas,” WSJ reported.  “Those facilities, which are relatively inexpensive to build, aren’t technically considered refineries because they can’t handle a complex array of crude types or produce a wide mix of fuels.

“These plants, called ‘splitters’ or ‘toppers,’ take the very light oil one step closer to becoming gasoline and diesel.  Then the half-processed fuel can be shipped to Latin America, Europe, and Asia, where refiners there finish the job.”

Meanwhile, pipeline company Kinder Morgan Energy Partners LP is in the process now of building an ultra-light facility with a 100,000 bpd capacity near the Houston Ship Channel.

As for improvements to existing facilities, Exxon Mobil Corp in July 2014 was considering a multi-billion-dollar expansion project for its refinery in Beaumont, Texas.  The expansion would be completed by 2020 and could double the size of the company’s 344,600-bpd operation.

Gulf Coast-area refining capacity already has benefitted from two other expansions planned seven years ago.  Motiva spent $10 billion to expand its Port Arthur, Texas, refinery.  The project was completed in 2012.  And Marathon invested $3.9 billion to expand its Garysville, Louisiana, refinery.  The project, completed in 2009, allowed it to increase production from 256,000 bpd to 522,000 bpd.

Further, the Dakota Prairie Refinery is now under construction in western North Dakota. The diesel refinery is the result of a partnership between energy company MDU Resources Group Inc. of Bismarck and Calumet Specialty Products, an Indiana refining company.  The $300 million project was more than halfway completed in August 2014.

As of summer 2014, our rising domestic refining capacities already were exceeding expectations.

The US Energy Information Administration (EIA) reported in the third week of July that, by boosting capacity in the Midwest and Gulf Coast, US refineries that week were processing more barrels of crude oil than they had at any time since records began in 1990.  US refineries processed 16,8 million barrels per day for the weeks ending July 11 and July 18, up 2% from July 2013 and up 5% from 2012.

“There’s more capacity and higher utilization rates,” an EIA spokesperson said at the time. “They are among the reasons we’re seeing record processing of crude oil.”

Even with the decreased number of refineries – from 254 in 1982 to 139 in 2013 – the EIA estimates that facilities’ combined capacity rose during those years.

“The United States refineries have and continue to adjust to the greater supply of the light, sweet crude that comes from the shale plays,” Hirs said during a recent interview.

While retrofitting refineries for sweet crude is an expensive prospect, Hirs adds that he expects more refiners to go in that direction.  “A refinery is an industrial complex, and they can all be varied to a certain extent to adjust to the grade and quality of the crude oil input.  Most refineries are configured for one type of feedstock or another – there’s no question about that – but they all have the ability to re-configure on a short-term or long-term basis for different types of feedstock.

“The issue is what’s the more economical for that particular refinery.  They all want to operate at the lowest cost possible.”

Other voices have expressed optimism for the refining industry as well.

The New York Times in May 2014 ventured to say shale oil production had created a “cautious refining revival.”

“Long plagued by boom and bust cycles, refiners are now enjoying a rare golden age fueled by cheap and plentiful domestic oil and natural gas,” NYT reporter Clifford Krause writes.  “Major refiners like Tesoro, Valero, HollyFrontier, and Marathon Petroleum are expanding existing refineries in Utah, Texas, Kansas, and Illinois to process the light grades of oil that come out of the new shale fields like Eagle Ford.  Smaller companies are investing in ‘teapot’ refineries like Nixon’s to take advantage of the new market conditions.”

The planned refineries, expansions and new distillation towers that will be built in upcoming years represent roughly $5 billion in investments, Krause added.

A number of voices made a case for lifting the US limits on crude oil exports during the EIA’s energy conference in July 2014 to ease the pressure on refineries.

“Many people are concerned that if more US crude exports aren’t allowed, refineries will be so overwhelmed with domestic light crude that they’ll deeply discount the prices they’re willing to pay,” said Jason Bordoff, director of the Center on Global Energy Policy at Columbia University’s School of International and Public Affairs, said during the conference.  “This is a matter of crude quality, not adequate supplies like LNG exports.  Recent experience suggests a lot of the US crude oil production growth forecasts have been conservative. We’re learning more as we produce more.”

US refiners, however, have spoken out in opposition to a lifted export ban.  Refineries are concerned that the profits they’re seeing from the shale gale will be lost if exported oil goes to refineries overseas.

Oil and gas producer EOG Resources Inc. said in early August that while it supports US exports of crude oil, North American refiners can handle the increased production from shale production.  “Even without exports, we still see several years of headroom in the North American refining market,” SEO William Thomas reported.

US refiners most certainly are up for this challenge, adds Bill Day, a spokesperson for Valero Energy.  The company refines about 2.4 million barrels of crude oil a day from 10 North American refineries and gradually has been taking in more light crude.  “What you’re seeing is that as more of this light crude becomes available, there’s plenty of ability for North American Refineries to process it,” Day told CNBC.

Admittedly, it remains unclear how the US will move forward with its oil exporting policies – or if refineries will be able to keep their heads above water in the swelling tide of shale oil production.  But there are, at least, reasons to believe that refiners will rise to the occasion, doing their part to keep up with demand in the wake of the shale gale.

Ed Hirs, managing director of oil and gas company Hillhouse Resources, has 30 years of experience in finance.  He teaches graduate and undergraduate courses in Economics of Energy at University of Houston and chairs a national energy conference at Yale University.  Hirs began his career at Mobil Oil, and he has worked for the US Department of Energy in the Office of Conservation and Solar Energy. 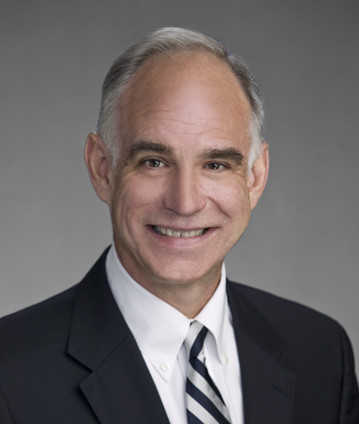 Ed Hirs, managing director of oil and gas company, Hillhouse Resources, has 30 years of experience in finance. He teaches graduate and undergraduate courses in Economics of Energy at University of Houston and chairs a national energy conference at Yale University. Hirs began his career at Mobil Oil, and he has worked for the US Department of Energy in the Office of Conservation and Solar Energy.