For a Longtime Player on the World Stage, Is American Isolationism the Next Act?

In May, President Barack Obama delivered the commencement speech to the graduating cadets of the United States Military Academy at West Point. In his remarks, he explained that his foreign policy philosophy isn’t isolationist, despite having avowed two years earlier that the US should focus on “nation-building at home.”

The President went so far as to say that – as a global leader – the US is a nation that “must always lead on the world stage.”

But his assertion appears to run counter to the perspective of many Americans, says pollster Pew Research. In a January survey, Pew found that a majority of respondents thought the US should draw the curtain on its role as global policeman. About 52% of Americans agreed that “the US should mind its own business internationally and let other countries get along the best way they can, on their own.” Only 38% disagreed.

For Bruce Stokes, director of Global Economic Attitudes at Pew, those findings described “an unprecedented lack of support for American engagement with the rest of the world.” Stokes called the results “the most lopsided balance in favor of the US minding its own business” in the nearly 50 years Pew has been asking the question.

But apparently the electorate isn’t the only group who feels that way. When Pew polled members of the Council on Foreign Relations, an elite think-tank, they found that the group’s views were roughly in line with those of the general public.

Why the inward turn?

Some experts suggest that the recent recession is to blame. Even Obama’s nation-building decree was motivated by frustration over the financial crisis and the tepid economic recovery that followed. Others suggest that fighting wars in Iraq and Afghanistan has exhausted American’s interest in international affairs.

But there’s one more reason that has been gathering credence: the growing prospects for American energy independence because of the surge in US shale.

With less need for foreign energy, the thinking goes, the US can afford to be less engaged around the world. Observers have pointed to Obama’s willingness to impose sanctions against Iran for its nuclear program as one example. Because shale supplies gave the US unprecedented leverage in the Middle East, America could hold firm against Iran without the “ricochet effect” of spiking crude oil prices.

Less Attention to our Conventional Role

When we spoke with Swedish economist and Peterson Institute fellow Anders Aslund, he said that, “a natural consequence of needing less oil means paying less attention” – although he cautioned that “isolationist” may be too strong a word. 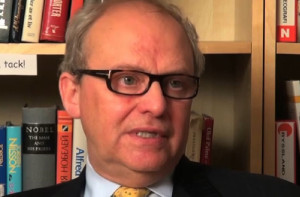 “The US is not as interested in international engagement. Perhaps this is related to the current wars – the US has spent enormous money and blood, with decreasing results,” he said.

Aslund also explained that US interest abroad has historically ebbed and flowed, depending on the current state of international affairs.

“We were more interested in the post-war period, particularly with the overthrow of Iran in 1953, which nationalized their oil industry. Another peak period of interest was around the time of the OPEC embargo in 1973. International was very high on the agenda then.

“We get so much oil from Brazil and Canada, and Venezuela is a preferred supplier. The Middle East is less important to us,” he concluded.

All the World’s a Stage?

The notion of US neo-isolationism – or at least a diminished US global presence – is being taken pretty seriously around the globe.

In an interview with the French daily Le Monde, economist Hugues Poissonnier said that shale gas is allowing the US to reduce its energy dependence, which calls into question its strategic priority of stabilizing oil supplies from the Middle East.

“The price of this stability has been protecting sea routes and playing the role of the police in the countries concerned,” Poissonnier said.” If the economic context now justifies less foreign intervention and greater focus on domestic production, it is foreseeable that the US will enter a phase of isolationism.”

In a speech during which he called out the Obama administration for its reluctance to become involved militarily in the Syrian conflict, Fabius bluntly stated, “The US gives the impression of no longer wanting to get drawn into crises.”

Some of the US’s Asian allies are equally on edge.

Japan thinks that the US was not firm enough in responding to China’s November 2013 declaration of an “air defense identification zone” in the East China Sea. And the Philippines feels that it could use more American support in its maritime dispute with China over the Scarborough shoal, a triangle-shaped chain of reefs and rocks in the South China Sea.

But not everyone shares the same concerns.

Speaking at the Center for Strategic and International Studies in Washington, DC, in April, Saudi Petroleum and Mineral Resources Minister Ali bin Ibrahim Al-Naimi expressed his doubt that the US will grow more detached from the global geopolitical theater.

“I do not go along with the opinion that increasing US liquid production means the United States could and should detach itself from international affairs,” he said. “In fact, perhaps the question is not how the US can achieve energy independence, but to what degree it will, in the future, be prepared to export its oil and gas supplies.

“Talk of energy independence fails to recognize the interconnected nature of global oil (and) global energy markets,” Al-Naimi added. “We are all part of a global market, and no country is truly energy independent.”

Al-Naimi’s comments were echoed by at least one of the experts we spoke with. 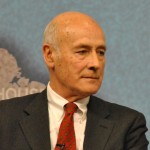 Political scientist Joseph Nye, former dean of Harvard University’s John F. Kennedy School of Government, said that anyone who believes that lowered dependence on foreign imports will allow the US to disengage from the Middle East, for example, is misreading the economics of energy.

“Energy independence is not the same thing as having an isolationist foreign policy,” he said.

“We’ve often argued that one of the reasons we have a significant presence in the Middle East is because of energy,” Nye told us. “But notice that we have other interests as well as energy. For example, protection of Israel, human rights interests, avoiding the spread of nuclear weapons, non-proliferation of nuclear weapons. So there are a series of interests which keep us involved militarily, even if it weren’t for the connection through oil.”

Ernest Moniz, new US energy secretary, concurs with Dr. Nye. In a recent interview with the Financial Times, Moniz said that, although the shale revolution has transformed US energy production, our strategic interests in the Middle East makes it unlikely that we will disengage from our global security role.

“This is not like we somehow draw back behind a curtain,” he told the Financial Times. “We are in a very good energy situation compared to what was expected a decade ago, but we will not be independent of world energy markets.”

Moniz also noted that the positions of US allies that are still heavily dependent on oil and gas imports continue to be an issue. For example, we are bolstering our military presence in north Asia, which is crucial for protecting the sea lanes through which oil tankers transport oil to energy-poor allies Japan and South Korea.

Going even a step further is Amy Myers Jaffe, executive director for Energy and Sustainability at the University of California – Davis. Rather than driving the US into a more isolationist posture, Jaffe suggests that energy abundance could actually lead Washington toward an even more assertive foreign policy  – particularly as China’s dependence on oil and gas from the Middle East is growing while US oil imports from the region are declining rapidly.

That means that Asian economies such as China and Japan will be most exposed to oil-supply disruptions, she says. This development will change the balance in US-China bilateral relations regarding the protection of the free flow of oil from the Middle East, possibly requiring China to adjust its policies.

How this all plays out remains, of course, to be seen. In essence, the script regarding American isolationism is in its first draft. And the roles are still being cast.

Anders Åslund is a senior fellow at the Peterson Institute for International Affairs and an adjunct professor at Georgetown University. He examines the economic policy of Russia, Ukraine, and Eastern Europe. He has worked at the Carnegie Endowment for International Peace, the Brookings Institution, and the Kennan Institute for Advanced Russian Studies.
Link

Joseph Nye is a Harvard University Distinguished Service Professor and former dean of Harvard’s John F. Kennedy School of Government. He has served as assistant secretary of defense for International Security Affairs, chairman of the National Intelligence Council, and deputy to the under secretary of state for Security Assistance, Science and Technology within the US Department of State. He is the author of several books and in 2011 was named to the list of top global thinkers by Foreign Policy magazine.
Link

Raymond Tanter is a professor of political science at Georgetown University, professor emeritus of political science and research associate at the Middle East Center at The University of Michigan, and an adjunct scholar of The Washington Institute, researching US policy options toward Iran. From 1981 to 1982, Tanter served on the National Security Council staff and was a personal representative of the Secretary of Defense to the 1983-1984 arms control talks held in Madrid, Helsinki, Stockholm, and Vienna. Currently, he is a member of the Council on Foreign Relations.
Link