Read about Canary’s participation in a recent US trade mission to Africa.

Shale energy production in the US has ushered in a new era of economic growth and, some say, has put this nation on the path to energy self-sufficiency.

But the same shale activity that acts as a domestic boon has not necessarily been beneficial for other nations, where our lessening dependence on their product is costing them much-needed oil revenue.  This dynamic is especially worrisome in countries where oil and gas sales are their primary source of income.  Nigeria and Angola – the No. 1 and No. 2 oil-producing nations in sub-Saharan Africa – have been especially hard hit.

Consider this: Nigerian oil exports to the US had dropped nearly by half between 2011 and 2012, the US Energy Information Administration (EIA) estimates.  Last July, Nigeria’s Minister of Petroleum Resources, Diezani Alison-Madueke, named US shale oil “one of the most serious threats for African producers.”  And then just this month, on June 4, Alison-Madueke announced that US imports of crude oil from Nigeria had dropped to nearly zero.

Angola has been experiencing a similarly painful pattern of decline, with its exports to the US dropping about 30% between 2011 and 2012.

Part of the problem for these West African petrostates is their oil itself and its low sulfur content.  The light, sweet crude oil they produce is very similar to the shale oil that the US has in abundance these days.  Middle East oil nations, on the other hand, produce a sour, high-sulfur oil that’s still in demand in the US because most of our refineries are geared for it. 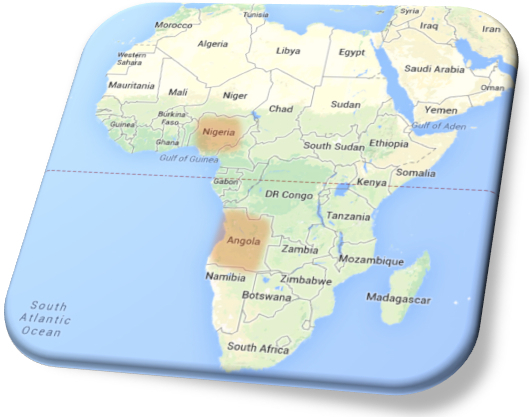 Aside from the economically damaging effects of the US shale revolution, Nigeria’s oil industry has had other trials to endure, including attacks on its oil infrastructure in the Niger Delta between 2006 and 2009 and threats of renewed violence this year.

The country also has struggled to pass new laws that would overhaul its oil industry in areas ranging from tax rates to environmental policy.

But the shale revolution’s transformative impact on US oil imports has truly shaken this nation.  As Nigerian President Goodluck Jonathan said in 2013, “Nigeria is known for oil. But today, many countries around the world have found oil.  The recent discovery of shale oil and gas means that we can no longer depend solely on oil to drive the economy.”

Nigeria, an important member of the Organization of the Petroleum Exporting Countries (OPEC) since 1971, considered the US its largest oil customer for decades.  At its peak, it exported approximately 1.6 million barrels a day to the US – which would represent about a fifth of our current oil imports.  But Nigerian exports to the US started going dropping around 2010 and never recovered.

Angola: More Than One Headache

Unfortunately, like the situation in Nigeria, the US shale gale is but one source of headaches for Angola.  China could be on the verge of a shale revolution of its own and is expected to reduce its natural gas imports by as much as 40% by 2020.  If that happens, it could cost Angola as much as 13% in national earnings from its overall energy exports.

Angola began exporting liquefied natural gas (LNG) in 2013, following the recent start-up of a LNG plant at Soyo.  The nation expressed hopes of commercializing more of its natural gas resources for export and for domestic consumption.

Angola is in no position to lose any of its energy revenue.  A recent report by the Overseas Development Institute, “The Development Implications of the Fracking Revolution,” pointed out that oil exports represent nearly half of Angola’s annual gross domestic product, and 80% of Angola’s public revenue comes from oil.  “Any reduction in [Angolan] exports, which adversely affects GDP, could result in reductions in employment … The lack of effective social protection measures means that negative effects are more likely to be transmitted immediately.” 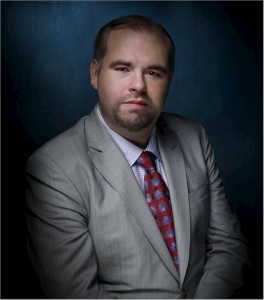 Chris Faulkner, founder, president and Chief Executive Officer of Dallas-based Breitling Energy Corp., agrees that the US shale boom is a serious concern for the African OPEC members.

“Even members who don’t export to the US have been impacted, in the form of lower prices,” Faulkner told us in a recent interview.  “Algeria and Angola, for example, need high oil prices to buoy annual GDP and help fund planned infrastructure projects, but they have suffered falling oil and gas revenue due to the American boom.”

And the realities of lower energy revenues are prompting some real soul searching – or at least shale searching – that extends beyond that continent’s borders.

“The US shale boom is sending ripples all over the world, causing many nations to look at their own shale reserves in consideration of a global market that’s going to be feeling the effects of the US boom for many decades to come,” Faulkner said. “Algeria is already the world’s fourth largest gas exporter, but it’s making shale exploration a priority after conducting studies with Eni, Talisman, Shell, and Anadarko.  Algeria expects its shale reserves in the Ahnet and Berkine basins to rival American reserves.”

West African nations that are able to pursue shale exploration can at least benefit from the knowledge and best practices developed in the US and other western neighbors, Faulkner pointed outs.

Fighting Over Other Markets

Where will African oil go if not to the US? The mostly likely markets are in the emerging nations of the world, said Jim Krane, the Wallace S. Wilson Fellow for Energy Studies with the James A. Baker III Institute for Public Policy at Rice University in Houston. “The increase in demand is coming from outside the OECD (the Organisation for Economic Co-operation and Development),” Krane told us in a phone interview.

“China and India are the two big ones.  Indonesia is a big one.  If you look at the Arabian peninsula and make a several-thousand-mile radius around it, you’ve got big population centers in South Asia and in Africa that are all growing.  Whether it’s in South Africa or Sudan or Pakistan or Iran, India, Nepal, Sri Lanka, Thailand, all of those countries are growing economically, and demand is rising.  Those are the countries that will be taking more oil from OPEC members going forward.”

Demand is considerable in these regions of the world, but there is a risk that increasing competition for market share there could plunge oil prices to an all-time low, says Edward Morse, head of commodities research at Citigroup Global Markets.  The result, Morse said, would be what he calls a “highly disruptive” situation.

Another concern is the nature of the Asian market.  The US and European nations made long-term deals to buy African oil.  In Asia, African oil will be sold on the spot market where it will be priced against other supplies of crude.

Barclays oil analyst Miswin Mahesh recently told Financial Times that Indian refiners are bargain hunters: “They will jump in to Nigerian when the differentials to Brent are attractive… It does not offer long-term support in the same way as term buying.”

Re-Thinking The Future: Options for Africa

It’s not too late for Nigeria to take command of its economic future, says a June editorial in Daily Independent.  The Nigerian newspaper is calling for government investment in the infrastructure and quality seeds necessary to restore the nation’s once-strong agricultural sector, along with similar support for mineral mining.  It is asking for better roads and rail lines, strengthened local oil capacities that would eliminate Nigeria’s reliance on foreign partners for refining, and passage of the Petroleum Industry Bill (PIB).

Alison-Madueke has called for changes, too, and voices strong support for the passage of PIB.  “The country expects to attain a vibrant economy due to initiatives such as gas price reform, gas commercialization, gas infrastructure framework and other policies that are enshrined in the bill,” she said.

In Angola, oil continues to represent opportunity.  Estimates of its proven reserves range from 9.5 billion to 13.5 billion barrels.  And the country already has well-established markets beyond the US.  In 2010, Angola was China’s No. 2 source country for crude oil by volume, at 790 million barrels – second only to Saudi Arabia.

But Angola has other non-oil options that could contribute to a stronger economy, including agriculture, banking, communications, and state-owned retail stores – not to mention a wealth in gold and other mineral resources.  In fact, its diamond production is rallying as prices have been rebounding from a drop in 2009, and the government has been taking steps to curtail illegal diamond prospecting operations.  Even the International Monetary Fund (IMF) painted a hopeful picture for a more diversified Angolan economy earlier this year:  “Efforts to ease infrastructure gaps, improve the business environment and reform the financial sector are expected to support diversification and further non-oil sector growth.”

Despite the changes brought on by the US shale boom and the loss of US market share for crude oil, Nigeria and Angola still have options before them – both in oil exports to other regions of the world and in other industries altogether.  There are more chapters to be written for both nations.

Chris Faulkner is the Chief Executive Officer, President, and Chairman of Breitling Energy Corp., an oil and natural gas company based in Dallas. He is the author of The Fracking Truth—America’s Energy Revolution: The Inside, Untold Story, and he is the producer of the fracking documentary, Breaking Free. Faulkner was named Industry Leader of the Year in 2013 by the Oil & Gas Awards for the Southwest Region, Oil Executive of the Year in 2013 by the American Energy Research Group, and he was recognized in the Dallas Business Journal’s “40 Under 40” in 2014 as well as “Dallas Who’s Who in Energy” in 2012 and 2013.
Link

Jim Krane is the Wallace S. Wilson Fellow for Energy Studies at Rice University’s Baker Institute. His research addresses the geopolitical aspects of energy with a focus on the Middle East. He is the author of the 2009 book, City of Gold: Dubai and the Dream of Capitalism. A longtime journalist, Krane reported from the Middle East for more than five years and is the winner of several journalism awards.
Link