Strategic Petroleum Reserve: To Save or Not to Save?

The US Energy Department recently announced its first test sale from the Strategic Petroleum Reserve (SPR) since 1990, offering five million barrels.  A department spokesman explained that the test sale is meant to assess the reserve’s capabilities in light of significant changes in the system that have resulted from our recent surge in domestic crude production. 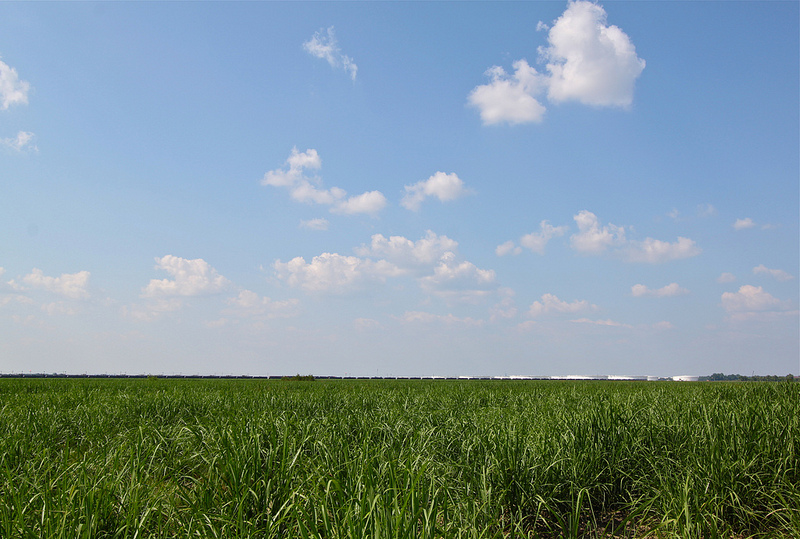 SPR storage tanks are barely visible off in the distance.

This latest sell-off of our emergency resources could be a sign that even the federal government’s view of the reserve is changing.  Even one senior White House advisor endorses increasing SPR exports in an effort to enhance our impact on the global oil market. (source)

Today, many (inside and outside the government) are questioning the rationale of maintaining the SPR.  This immense federally owned crude reserve has played a central role in US foreign policy since its inception by reducing domestic vulnerability to petroleum supply disruptions.  But the importance of this fallback stockpile has, perhaps, diminished with our unprecedented surge in domestic production – not to mention the fact that the other beneficiary of the shale revolution is our good friend, Canada.

So, does the SPR still have merit?

The reserve was established nearly four decades ago in response to the 1973-74 oil embargo imposed on the US by the Organization of Petroleum Exporting Countries (OPEC). (source)  The result of the boycott was mandated energy rationing, dramatic surges in gasoline costs, and severe recession.  The federal government decided that we needed a safeguard against any subsequent energy crises so we would never again be hamstrung by a fuel shortage.

What the federal government came up with was the Energy Policy and Conservation Act (EPCA) of 1975, which established the world’s largest emergency oil reserve, in hopes of preventing future oil shocks.  The EPCA permits withdraws, for distribution via competitive sale, only by presidential authorization during an energy emergency.

The first emergency drawdown from the reserve took place between 1990 and 1991 at the order of President George H.W. Bush.  The plan was to sell 33.75 million barrels of crude oil as part of international initiatives opposing the Iraqi invasion of Kuwait.  World oil supplies and prices stabilized before the final sale concluded, so the ultimate drawdown was about half (17.3 million barrels) of the planned sale.

In September 2005, President George W. Bush directed a drawdown sale of 30 million barrels of crude into the US market in response to Hurricane Katrina in late August.  The massive damage to the oil production facilities, terminals, pipelines, and refineries along the Gulf regions of Mississippi and Louisiana caused all Gulf production to be shut down initially, which equated to about 25% of domestic production.  This disruption forced gasoline prices higher nationwide as supplies of gasoline and other refined products fell.

In 2008, prior to Hurricane Gustav coming  ashore, and again after Hurricane Ike, a series of emergency exchanges reduced the reserve, which had been at 707.21 million barrels, by 5.4 million barrels.

The most recent tap up to now – before the March 2014 test sale, that is – occurred in June 2011.  The sale of 30 million barrels from the SPR onto the world market – coupled with another 30 million from partners in the International Energy Agency (IEA) – was used to offset supply disruptions resulting from turmoil in the Middle East (particularly in Libya).

Those who support continuing the SPR make the case that a cut in oil imports isn’t the only scenario that we should consider when it comes to preventing an oil emergency.  Two of the four drawdowns (above) highlight the merits of having such emergency reserves to combat the devastating effects of natural disasters such as hurricanes, an ongoing risk factor in the Gulf of Mexico.

In a 2013 column for The Motley Fool, Matthew DiLallo further points out that, while oil production has seen growth in recent years, much of the increased activity can be attributed to shale oil extraction.  It is difficult to predict whether the current US shale oil boom is even sustainable, he maintains, let alone the key to energy independence in this country.

“(The SPR) is a valuable insurance policy not only against future geopolitical supply shocks but also against shocks from Mother Nature,” DiLallo said.  “While we have no national energy policy, some of the stop-gap measures that we do have in place actually do make some sense no matter how much oil we are able to produce in the future.  Topping the list is the SPR.  It’s a great insurance policy and should only be touched when a true emergency arises.”

But Mother Nature isn’t the only threat.  The petroleum industry certainly is not impervious to harm, said Philip Taggart, CEO of Houston-based Taggart Investment Group Inc., which serves a number of petroleum industry clients.  “It seems like we’re thriving in oil and gas, but there are always disruptions to that.”

Industry risks range from cyber attacks to power grid failures, Taggart said in a recent phone conversation. “So there is a strategic national defense value to the petroleum reserve.”

Taggart said he knows some in the industry have said the reserve no longer is necessary, but he would not recommend eliminating it for at least two years, and ideally he would like it to remain in place for the next 15 years.

…But Now, No Longer Needed?

But with oil production in this country at an all-time high, other leaders in the US oil and gas industry have started to question the wisdom of maintaining our country’s emergency oil stockpile.

Philip Verleger, an energy analyst who served as a senior staff economist on the Council of Economic Advisers when the SPR was created, now describes the reserve as useless:  “(The SPR) is an asset that we don’t need anymore.  If we are producing enough crude oil, we don’t need a strategic reserve.” (source)

And we absolutely are producing enough crude oil, thanks to hydraulic fracturing (fracking) and horizontal drilling.  “In 2005, we produced 154.46 million barrels; in 2012 we produced 219.78 million barrels.  That’s a 42% increase in the last seven years, and there’s lots more growth to come,” notes Mike Obel, markets editor for the International Business Times.  “In other words, we’re sitting on a virtual ocean of crude oil — or what could reasonably be called a strategic petroleum reserve.”

Obel adds that OPEC’s ability to put a stranglehold on the petroleum market isn’t what it was in the 1970s:  “Many OPEC members have come to understand that the industrialized world has both the capacity and the demonstrated willingness to put itself on a permanent petroleum diet.  In essence, OPEC has discovered that exorbitant prices choke demand. Today’s call on OPEC crude, as a proportion of total oil demand, is vastly diminished from its 1970s heyday.  That’s why OPEC has not tried the let’s-stick-it-to-our-customers shtick in decades.” (source)

Analysts Jerry Taylor and Peter Van Doren state that the US is further protected by the nature of today’s global market:  “The globalization of oil markets ensures that the United States will always have access to Persian Gulf oil unless the embargoing nations somehow manage to impose a naval blockade of US ports.  As long as we’re willing to pay the market price for oil, we can have all we want.

Besides, Taylor and Van Doren said, the government shouldn’t be in the commodities business:  “Decisions about when and how much to buy and when and how much to sell are better made by businessmen, not politicians who have no expertise or comparative advantage when making those decisions.”

The Significant Cost of Saving

And saving all this crude oil isn’t doing the national pocketbook any favors.  For one, the federal government currently spends upwards of $21 million a year to maintain the reserve.

University of Chicago Economics Professor Austan Goolsbee, former chief economist for President Obama’s Economic Recovery Advisory Board, questions the logic of such an expense:  “Are taxpayers really getting $20 billion worth of value from having an extra 25 days worth of those oil imports sitting in a salt mine in Louisiana?”

Goolsbee suggests releasing at least a portion of the reserve in response to the swell in domestic oil production.  And with US oil imports dropping, he doesn’t see much logic in keeping the reserve at its current near-100% capacity.  “Despite the decreasing strategic need, we have filled the Strategic Petroleum Reserve to historic levels.  During the first 30 years or so of the reserve’s existence, its volume averaged fewer than 550 million barrels—75 percent of capacity.  It is now at almost 700 million barrels or 96 percent of capacity (and was at 100 percent before the release last summer).”

“Keeping the extra oil in the Strategic Petroleum Reserve is a form of insurance policy and so it isn’t free,” he said. “If we reduced the reserve to 510 million barrels from 696 million barrels, the sales would bring in more than $20 billion to the Treasury,” he wrote.

The expense of maintaining the reserve is an important consideration, but there are other financial considerations as well.  Obel points out that the SPR holds crude oil – it would take years to refine it all, during which time “the extra transportation fuel steadily being put on the market would weigh on the U.S. retail price of gasoline and diesel.”

Still in the Headlines

There has been talk of unleashing the SPR to discourage Russia from more land grabs in Europe following its work to annex Crimea this year.  A sustained release from the SPR could lower the market price for oil and have a direct impact on Russia’s profits as an exporter.  Regardless of what happens in that arena, our emergency oil reserve is likely to remain in the news for some time to come.

And while there is plenty of energetic talk of relinquishing our hold on all that spare crude, that’s all it is at this point: talk.  Although the SPR might be a relic, a hold-over from a different world order, you’ve got to admit that it has some serious staying power.

Philip W. Taggart is the CEO of Houston-based Taggart Investment Group Inc., which serves a number of clients with the petroleum industry. He also has served as CEO of Churchill Group Inc. an IR firm working with the energy sector, and serves on the board of AmReit, Inc.